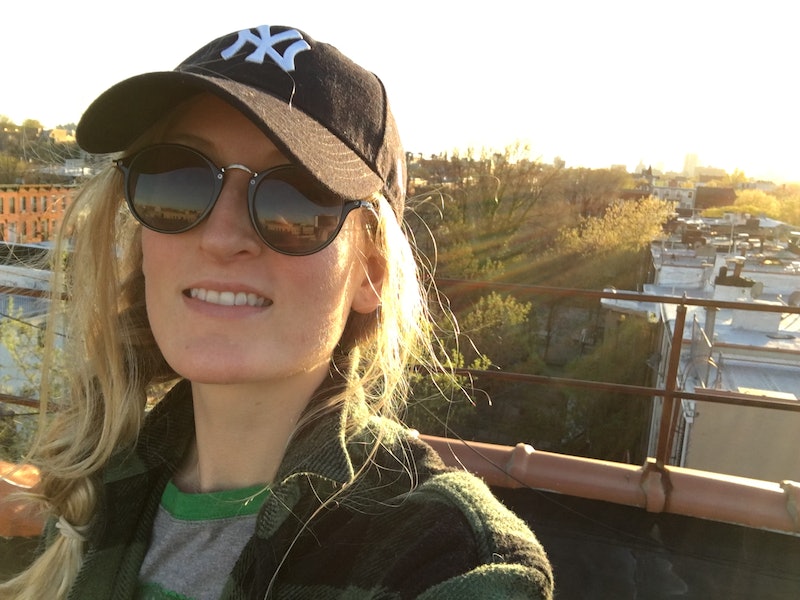 The thing is, my anxiety is unpredictable, so sometimes I’m pretty unpredictable too. Certain days are always going to be worse than others, and there’s not much I can do about that. (I mean, I don’t exactly get to schedule my panic attacks ahead of time.) Unfortunately, sometimes managing my anxiety means canceling plans a mere two hours in advance so I can stay home and focus on my breathing. Sometimes it means hanging out with my friends even though I feel quite literally like I can’t actually talk to them.

If you don’t know how what living with anxiety is like, then it makes sense to mistake this kind of behavior for straight-up rudeness. That’s not at all what’s going on, though. While I totally understand how someone could think my anxiety is just an excuse to be a flaky jerk, it’s really not. Here’s what’s actually going on when my anxiety seems selfish.

If I Cancel Our Plans, It's Not Because I Don't Value Your Time

In the past year, I've realized that I can be kind of flaky sometimes. I mean, I've never just not shown up for something without letting someone know that I couldn't make it. That would be rude as hell. But on the days that my anxiety feels out of control, it's not at all uncommon for me to cancel any and all plans to socialize with other humans.

I have no doubt that bailing on plans (especially day-of plans) can seem really selfish and inconsiderate to the people I love. But I can't predict the days when my anxiety will become so overpowering that I feel like I'm going to explode. On those days — when it's genuinely difficult for me to breathe correctly, or I'm so nervous that eating feels like actual work — I truly feel like I can't be around other people.

So when I flake, it's not because I think my time is more valuable than yours, and it's not because I don't enjoy being with you. It just means that I will probably always have days where taking care of myself means spending some time alone.

If I'm Late For Your Party, It's Probably Because I Needed To Be

These days, I'm almost always late for parties. (And dinners, and lunches, and family gatherings.) I'm not saying my lateness is entirely the fault of my anxiety — I think part of the reason I'm incapable of being punctual for social engagements is simply because I've been living that Remote Writer Lifestyle for over a year now, and take way longer to apply mascara than I expect to.

That said, my anxiety is certainly a big part of the problem. Unless I know and love most of the attendees, parties are never easy for me. Even when I know literally every person invited, parties still tend to mentally and physically exhaust me. (I'm usually the person who volunteers to take out the trash at some point, and it's mainly because I need a minute alone.) Not only do they overstimulate me super quickly, but sometimes just thinking about parties can leave me feeling socially anxious. For these reasons and more, I always try to spend plenty of time alone before I go to a party. Often, this means arriving 30 minutes later than I said I would just so I could take a long walk with my vape.

I understand why this kind of behavior would seem selfish to my loved ones, I honestly do. But whenever I'm late for a party, it's not because I don't want to be there. It's because I really want to be there, I just know myself well enough to realize that I wouldn't be able to stay for very long at all if I didn't mentally prepare myself first.

If I Seem Bored, I'm Probably Just Trying To Keep It Together

Both my anxiety and my personality demand solitude, but I still have lots of days when I need to be around people. Socializing with the people I love (and sometimes with new people) is just as crucial to my mental health as spending plenty of time alone. Unfortunately, there are times when I'm anxious... but I also really don't want to be alone. I don't think I'm a lot of fun to be around when this happens, because I kind of shut down. I barely talk, I can't sit still, and I usually turn into a super passive listener.

When I get like this around my family and friends, I worry that they'll think I'm just bored and not bothering to hide it. That's almost never the case, though. If I seem withdrawn when I'm hanging out with someone, it's because I'm either warding off an anxiety attack or I'm overstimulated AF. I know it probably doesn't make sense — or maybe it just sounds like a lame excuse — but sometimes simply being there is the best that I can do. One thing's for sure: I wouldn't be hanging out if I didn't want to be.

When It Takes Me A Long Time To Respond To Your Messages, I'm Not Ignoring You

In our modern world, few things seem more selfish than not responding to messages in a timely manner. And I get that, I really do. I know how much it sucks when you can see that your message was read hours ago, but you still haven't received a response.

But sometimes, anxiety really can make the simplest tasks feel overwhelming. This is especially true if I receive a text when I'm in the middle of writing an article, or taking a walk, or hanging out with people. Also, since my anxiety can influence me to act impulsively, sometimes I over-correct that behavior by taking way too long to reply to people's messages.

Look, I'm not saying it's OK that I don't always pick up the phone when my friends call. And I know the above explanations won't make it any less annoying the next time I seemingly ignore my sister's text messages for no apparent reason. But hopefully, understanding why I don't always respond right away will make it a little less difficult for the people I love to be patient with me.

I Can't Always Help It When I Forget The Things You Tell Me, But I Do Care

To be fair, I've smoked a lot of pot in my 20s, and studies show that smoking pot on a daily basis for several years can mess with your short-term memory. I'm also a busy woman who probably needs to get more organized. So no, I'm not blaming the entirety of my forgetfulness on my anxiety.

Having said all of that, studies show that long-term anxiety can cause inflammation in the brain, which eventually leads to memory loss. On top of that, anxiety is distracting by nature. Plus, anxiety symptoms (such as sleep deprivation) can make it difficult to focus on conversations, which makes it that much harder to remember them.

I Will Probably Always Be More Comfortable Around Animals, But I Still Love You

I'll admit it: I've definitely turned down plans to hang out with friends so that I could get lifted and watch Bob's Burgers with my two cats. This is not something that I'm ashamed of, either. The fact is, spending time with animals helps me manage my anxiety in a lot of ways. Animals offer company without requiring any sort of conversation. Animals don't judge you. (Except how you treat them, of course.) Animals don't care about your sexual orientation, how much money you make, or where you live. On top of all that, the mental health benefits of caring for pets are impossible to ignore.

If I'm invited to a party, there's a good chance I'll spend more time getting to know the host's dog than the host themselves. In fact, I will probably leave the party at some point to take myself and the host's dog for a walk, and I get how this could seem like a jerk move. It's really just about self-preservation, though.

I prefer the company of animals sometimes, but that doesn't mean I love animals more than I love my friends and family. What it does mean is this: I'm a super anxious person, and animals help me deal with it in a way that humans simply can't. I'm sorry if that seems selfish to you, but that's who I am.