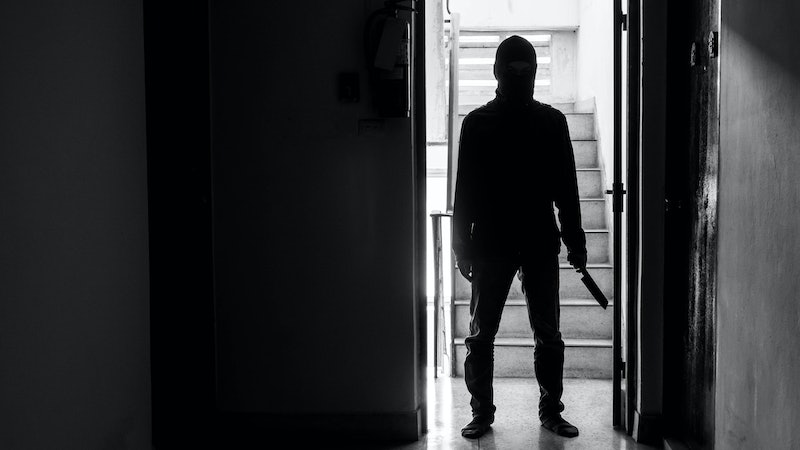 thebigland/Shutterstock
By Alli Hoff Kosik
May 16, 2018

For good reason, many people don't understand serial killers. By definition, this class of criminal has a pathological need to murder, and typically does so with no apparent motive. Often, the only predictable thing about them is the manner by which they commit their murders, methods that are so difficult for the vast majority of us to even conceive of that the word "predictable" doesn't quite seem appropriate. Still, it's important to understand these people in hopes that this understanding will make it easier to prevent future tragedies from happening. Our careers of choice define so much of who we are, so it's easy to wonder what jobs serial killers have. And while you can't generalize any job category, according to studies, there are definitely patterns that suggest serial killers are more likely to take certain jobs over others.

It's easy to assume that well-known serial killers only spend their time, well, murdering people. On the contrary, many of them have careers. Like the rest of us, murders and hopeful criminals need to earn money in order to function in the world, not to mention the fact that their dangerous schemes often require financial resources too.

On May 8, Western University associate professor of criminology and English literature Michael Arntfield published a piece on The Conversation further exploring the mysterious professional tendencies of serial killers. The co-author of Murder in Plain English, Arntfield is well-versed in the science of studying murder narratives. In The Conversation, he noted the apparent — and troubling — link between infamous killers and virtuous professions. The man alleged to be the Golden State Killer, for instance, was a police officer and a truck driver, and he served in the navy. Historically, serial killers have often revealed themselves to work in neutral or (at times) heroic fields. More specifically, Arntfield cited murderers Colonel Russell Williams and Tom Steeples, who worked as a high-profile pilot and businessman, respectively, before proving themselves to be heinous criminals.

"In fact, occupations and serial murders are often linked, and some specific full-time and part-time jobs are strangely over-represented among serial killers," Arntfield wrote. "So much so, in fact, that over the last 50 years, some dominant patterns have emerged."

"Obviously, not everyone occupying these jobs is a serial killer, nor are they likely to become one," he wrote. "But there's something about these jobs that is inherently appealing to offenders, or that otherwise cultivates the impulses of serial killers-in-waiting and causes them to be curiously over-represented among this rare breed of murderer."

There is an interesting pattern among the specific occupations noted in Arntfield's piece, and it's in terms of time. Many of the apparently over-represented jobs existed in larger numbers in decades gone by. With the changing job market and the overwhelming move toward technology, there are fewer opportunities available for people trained to work in skilled or service industries. Years ago, The Conversation piece notes, these types of positions offered the ideal vantage point from which wannabe killers could observe potential targets (creepy, I know). As professional tides change, serial killers are instead executing the early phases of crime planning via leisure activities and online interactions.

As part of this conversation, it's also worth noting that there are ten professional fields that are known to attract more psychopaths than others, as there is certainly overlap between psychopaths and serial killers. According to The Independent, those jobs are CEO, lawyer, media, salesperson, surgeon, journalist, police officer, clergy person, chef, and civil servant.