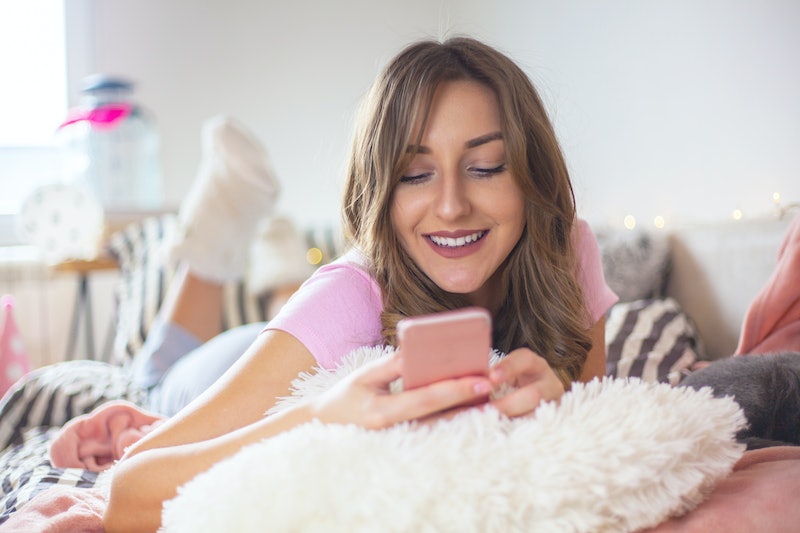 Whether you’re looking for something serious or just a bit of fun, the dating app life isn't always easy. When you’re going through a dry spell it can feel like everyone is luckier in love than you are. However, you don’t need to leave your dating success to fate. A survey has revealed Brits top online dating turn ons and turn offs and it’s bad news if you’re a fan of emojis.

Carphone Warehouse and dating expert and coach James Preece surveyed 1,000 Brits to find out what they find attractive in someone's dating profile and what raises red flags.

One of the hardest things to figure out when you're dating online is your bio. How much do you share? There’s no fixed answers. However, the survey revealed that 51 percent of Brits said that sarcasm or jokes go down well in a dating app bio. Preece said in a statement, “don’t be afraid to laugh at yourself. Nobody is perfect after all.”

Being able to laugh with a prospective partner is important but there are a few things you might want to bear in mind. Seven out of ten of those surveyed said that smut and rude jokes are a definite turn off. And you might want to curb your usage of emojis too, as 80 percent said they don’t like it.

Another crucial element is pictures. Ninety-three percent of people said they would straight up ignore someone on a dating app if they didn’t have pictures on their profile. Preece added: “You could have 99 amazing photos, but if there’s a red flag in number 100. It’ll put people off.”

Filters like the flower crown or dog ears are not the way to go, with 87 percent of respondents saying they wouldn’t match someone with them on their profile. Group photos can also be a tough one. While it’s nice to show that you have mates, two in three respondents said if they were presented with lots of group shots where it’s unclear who the dater is, they will just give up.

The study also highlighted the importance of sharing a similar lifestyle with your partner. Forty-three percent of people said smoking is a seriously undesirable habit, as is drinking more than the average person (38 percent.) Thirty-eight percent of daters weren’t a fan of those who go to the gym almost every day and 33 percent said they couldn't match with someone who is prudish.

It’s so important to present yourself in the best light possible but when it comes to meeting someone you’ve also got to be yourself. Once you’ve matched the next challenge arises — what to message them. Rather than opening with the slightly boring “hi, how are you?” Preece offers these expert tips for a cracking opener:

One downside to meeting people on apps is you can’t be sure if they are completely legit. Preece suggests that when you’re building a connection with someone there are certain things to look out for which may indicate they’re not the one. He advised that fake profiles will only have one or two pictures, so the person is difficult to identify and when you’re messaging they’ll say anything to get you onside. They may ask for money and get angry if they don’t get what they want quickly. Needless to say, block and delete.

Building a dating profile and chatting with your matches can be a fun group effort and, whether their single or taken, your friends can be your biggest source of advice and inspiration. Preece said, “ask a friend to read over your messages. They won’t be blinded by romantic thoughts and will see through any lies.” So, if you think a summer romance is on the cards perfect your dating profile, stay clear of the emojis, and make sure your matches have your friends' approval.

More like this
This Wordle Rival Is Taking Social Media By Storm
By Sam Ramsden
I Spent 2 Years Trying TikTok’s Dating Advice
By Kailynn Johnson
This Is When Netflix Is Going To Start Charging You For Sharing Passwords
By Darshita Goyal
4 Surprising Celeb Throuples That Got The Internet Talking
By Sophie McEvoy
Get The Very Best Of Bustle/UK
Sign up for Bustle UK's twice-weekly newsletter, featuring the latest must-watch TV, moving personal stories, and expert advice on the hottest viral buys.