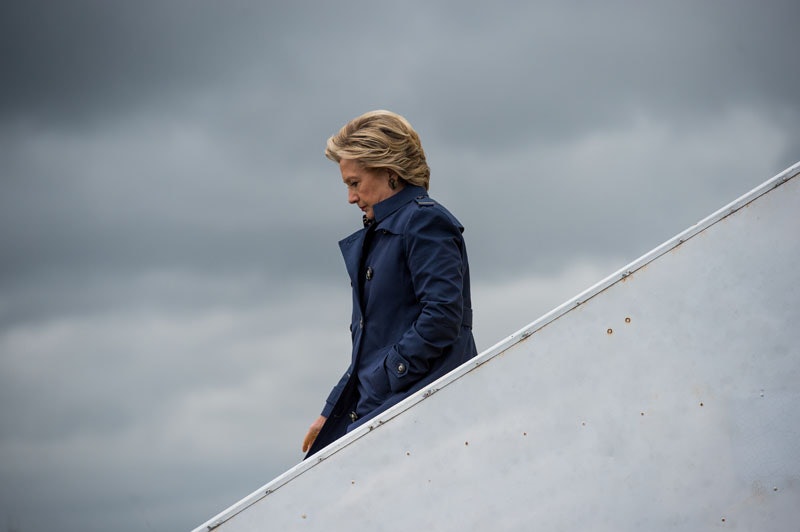 In the past three decades, Hillary Clinton has been admired and reviled in equal measure. It was this very contradiction that piqued filmmaker Nanette Burstein’s interest in the former Secretary of State. “Within those two ideas lies the truth,” Burstein tells Bustle. “It was important for me to understand, ‘Where does this polarization come from? And what does it say about the history of gender?’”

When Clinton ran for president in 2016 as the country's first female nominee, Burstein approached her camp asking to chronicle the journey through a documentary film. It wasn’t until after Clinton’s stunning defeat that Burstein's request was granted. The result is the four-part Hulu docuseries Hillary, which takes a deeper look at key moments in Clinton’s life. Details of her childhood, her time at Wellesley College, and her early political career are woven into the larger story of her 2016 presidential campaign. Burstein spoke with her husband Bill, her daughter Chelsea, and Clinton’s former classmates, close friends, and some of her most vocal critics to weave an intimate picture of the Secretary.

Ahead of the series' premiere, Burstein spoke with Bustle about what she uncovered during her unfiltered sessions with Clinton.

On Clinton’s marriage — and Monica Lewinsky:

"I think there's always been this question mark about the nature of their relationship. Is it an arrangement? Are they really in love? I certainly didn't know myself. So much judgment has been made — especially when she ran for president — about whether or not she's in a real marriage. The more that they told their entire story — the good, the bad, the ugly — it [became clear it] was very much a real love story. And like most marriages, it's really complicated."

On her fighter spirit:

On the sexism she’s faced:

"A lot of [the hate towards her] is sexism. Because she was constantly pushing the boundaries of what is acceptable for a woman to be able to do. So that causes an unconscious bias in people. Both to overly admire them — because you're so excited about what they want to do and what they'll represent — and then obviously the backlash to that."

On why Burstein is making a Hillary doc now:

"In many ways, it's pretty timeless. It [may seem] like [Hillary] is just suddenly inserting herself in the 2020 election, [but that's] not true. She feels more determined than any Democrat I've ever met to unseat the incumbent, to change the current administration on a personal level."