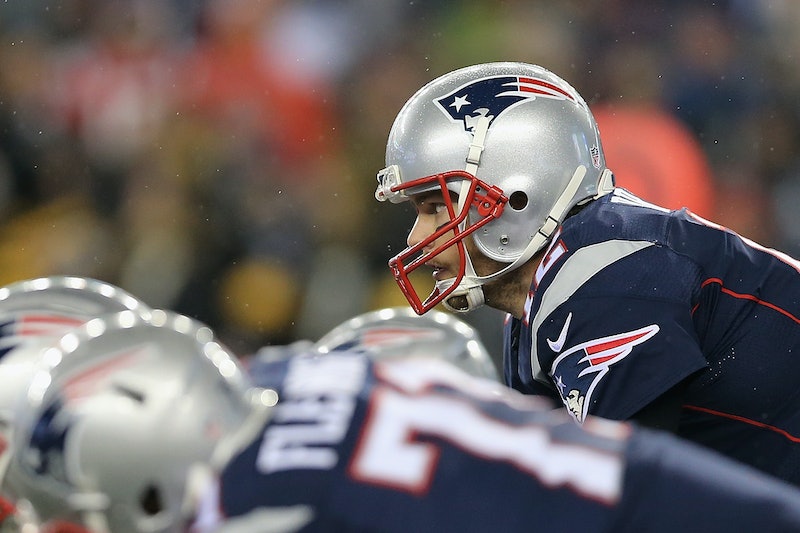 I'm not a regular football fan, but the Super Bowl is the one can't-miss-it game of the year. Now that America's favorite sports event is about to come up, surely many of you are wondering what time the Super Bowl starts in 2017. During a period of time in this country when nothing feels certain, it's comforting to know that national events like this one are still taking place. And, let's face it, the Super Bowl is about as American as you can get.

As you probably guessed, Super Bowl is on a Sunday. This shouldn't come as a surprise, given that Super Bowl has taken place on Sundays every year for the past several decades. (There's a reason the phrase "Super Bowl Sunday" has become so cemented in our collective vocabulary.) More specifically, kickoff starts at 6:30 p.m. ET on Feb. 5, 2017, in Houston, Texas. Yep, that's this Sunday, which means you won't have to wait much longer (and if you haven't already, you should probably start planning those Super Bowl gatherings, stat). When the clock rolls around, just turn on the television and switch the channel to Fox.

The Super Bowl, which serves as the National Football League's (NFL) Championship game, has been a longtime tradition in the United States; the first one took place way back in 1967. That means that 2017's Super Bowl will mark the game's 51st occurrence. Lady Gaga is scheduled to perform during this year's halftime show, joining a long list of celebrities like Katy Perry, Beyonce, and The Rolling Stones who have also been headliners in previous years. The Super Bowl's halftime show can be up to twice as long as a regular halftime period (about 12 to 15 minutes), so expect a nice long performance from Gaga.

To be completely honest, though, I only watch the Super Bowl for the commercials. In fact — and this may across as blasphemy — I stay to watch the ads and then leave the room during the actual game. It's true that the Super Bowl ads are some of the most highly anticipated parts of the whole event, so at least there's that. I can't possibly begin to list my favorite ads, so here's a nice comprehensive list. (You're welcome.)

However, there is another incentive for me to watch the Super Bowl this year: The New England Patriots are playing the Atlanta Falcons, and well, I spent the golden years of my childhood living in Boston, Mass. The Pats matter to me enough that I've reserved a soft spot in my sports-indifferent heart especially for them. The Patriots won the American Football Conference (AFC) Championship and the Falcons won the National Football Conference (NFC), so there's a reason that these two teams are playing against each other. The Pats have played in the Super Bowl numerous times, and if they win this year, it'll be their fifth championship; for the Falcons, it would be their first. All eyes will be on Tom Brady, who's made a name for himself as the quarterback of the Patriots.

Regardless of who you're rooting for, I'm excited for a Super Bowl Sunday that almost certainly will be a crowd pleaser. Bring out the nachos and buffalo wings!

More like this
Starbucks' Summer Menu Includes A New Chocolate Cream Cold Brew
By Emma Garza
How To Fight For Reproductive Rights, Based On How Much Time You Have
By Courtney Young
The Music Industry Continues To Fail Black Women
By Precious Adesina
23 Abortion Funds In States With Trigger Bans To Donate To
By Emma Carey
Get Even More From Bustle — Sign Up For The Newsletter