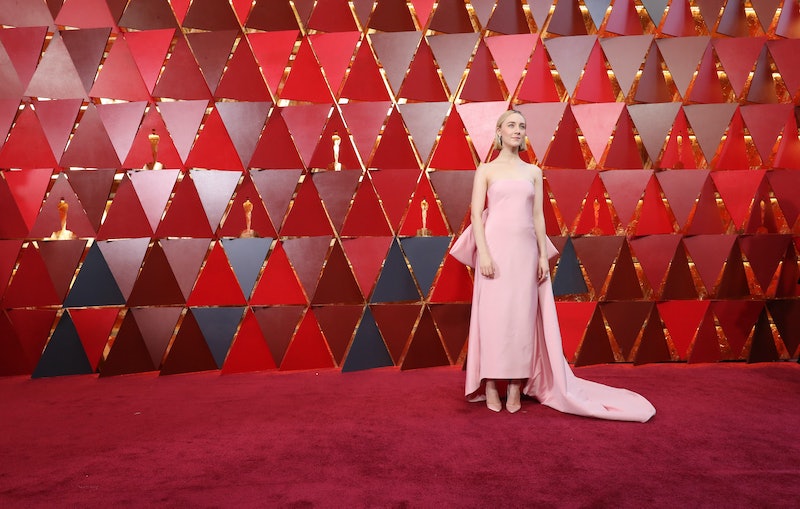 The 2019 Academy Awards are just a few days away. The Oscars are basically Hollywood's prom — actors, A-listers, and celebs don their black tie best and priceless couture creations while celebrating one another's work and artistic achievements. That's why you must tune in to the 2019 Oscars red carpet. The 91st annual Oscars take place on Sunday, Feb. 24 at 8 p.m. ET/5 p.m. PT and air on ABC. The fashion festivities begin much earlier — generally starting at 6:30 p.m. ET/3:30 p.m. PT. On other networks, the sartorial coverage kicks off much sooner.

As with any major awards show, you really should plan to settle in on the couch and tune in several hours early. That way, you can consume and enjoy as much (or as little) red carpet coverage as you wish. If you are a casual fan, you can zone (and tune) in and out.

However, if you are a fashion devotee more interested in the outfits than who wins the actual Oscars, then you can and most certainly should tune in early so you don't miss out on any of the dresses, tuxes, ensembles, shoes, makeup looks, hair changes, accessories, and general looks.

Here are the many ways (and times) in which you can tune in early and witness all of the glam.

Oscars Opening Ceremony: Live From the Red Carpet kicks off on ABC before the actual awards telecast. It starts at 6:30 p.m. ET/3:30 p.m. PT and wraps as soon as the show starts at 8/5.

If you don't have cable, there are other digital means in which to catch all the fashion awesomeness. You can watch via your phone, tablet, laptop, or desktop, too.

Oscars All Access: Red Carpet Live, which features red carpet highlights and insider coverage, will be streamed live exclusively on Twitter at 3:30 p.m. PT/6:30 p.m. ET for the first time. The stream will be hosted by actress Laura Marano, along with television writer and entertainment journalist Louis Virtel and Chris Connelly.

In a fun and interactive sartorial twist, fans that watch the Oscars All Access: Red Carpet Live live stream can submit questions for nominees, presenters, and performers via Twitter using "#OscarsAllAccess" for a chance to have them asked (and answered) in real time. The show will also capture footage from up to 10 cameras, all of which are strategically placed along the red carpet.

You can also tune into Twitter's live stream via @TheAcademy.

Another unofficial but equally as thrilling way to get a head start on the red carpet fun is to scroll through the official Twitter and Instagram feeds of your favorite celebs. They often post action shots while pre-gaming — you can see them getting ready, being attended to by their respective glam squads, and while on their way to the actual ceremony. It's an intimate way to check out what your fave nominee, presenter, or celeb is up to.

Now your Sunday plans are set and you will be ready to absorb ALL of the lewks.