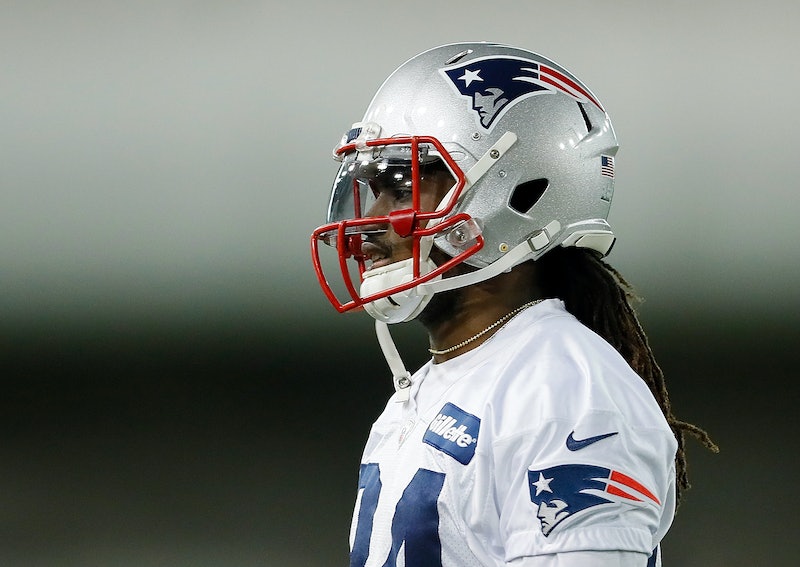 From the charming Puppy Bowl on Animal Planet to the actual Super Bowl on CBS, there's a lot of football coming your way on Sunday, Feb. 3. The 2019 Super Bowl start time is officially 6:30 p.m. ET, but the game day coverage starts long before that. If you, like, really love football, you should tune in starting at 11:30 a.m. ET on Sunday.

According to TV Guide, CBS is starting its Super Bowl coverage with a 30-minute special at 11:30 a.m. ET previewing what's to come from the game itself. Then at 12 p.m. ET, the "Road To The Super Bowl" special airs with special footage reflecting on the top moments that led this year's teams to where they are today. At 1 p.m. ET, analyst and former Dallas Cowboys quarterback Tony Romo will sit down with previous Super Bowl champions to talk about their own victories.

From 2 p.m. to 6 p.m. ET, sportscaster James Brown is doing a four-hour special on all the Super Bowl pregame coverage. He'll explore everything you need to know about the New England Patriots and the Los Angeles Rams' matchup, which has the Rams as the underdog team. The Patriots have made it to 11 Super Bowls versus the Rams' four, so there's a definite experience imbalance there that the analysts can dig into.

Then, at 6 p.m. ET, the kickoff show begins, including team introductions, Grown-ish stars Chloe x Halle performing "America the Beautiful," and Gladys Knight singing the National Anthem. Although there's been controversy over some performers reportedly declining to be part of the Super Bowl in order to stand with former NFL player Colin Kaepernick, Knight said she was happy to take on the role.

"I am proud to use my voice to unite and represent our country in my hometown of Atlanta," she said, according to CBS Sports. "The NFL recently announced their new social justice platform Inspire Change, and I am honored to be a part of its inaugural year."

After the kickoff concludes, the actual game play begins at 6:30 p.m. ET and is scheduled by CBS to last until 9:30 p.m., at which point the postgame show will air. But it's awfully optimistic of the network to think the game play will be a tidy three hours. According to The Verge, data from the 2010 through 2016 Super Bowls revealed that the average game lasts for three hours and 44 minutes. Some even lasted past four hours, but all of them were longer than three.

In any case, the length of the game play will also influence when the halftime show begins. Maroon 5, Big Boi, and Travis Scott are performing this year. If you want to see what they bring to the show, expect the performance to begin anywhere from 8 p.m. to 8:30 p.m., or later depending on how quickly the first two quarters last.

Sunday is kind of a have it your way day when it comes to football coverage. You can make a whole day of it by starting to watch at 11:30 a.m., you can tune in just for the game at 6:30 p.m., or you can even skip straight to the halftime show if that's your jam. There's a little something for everyone.