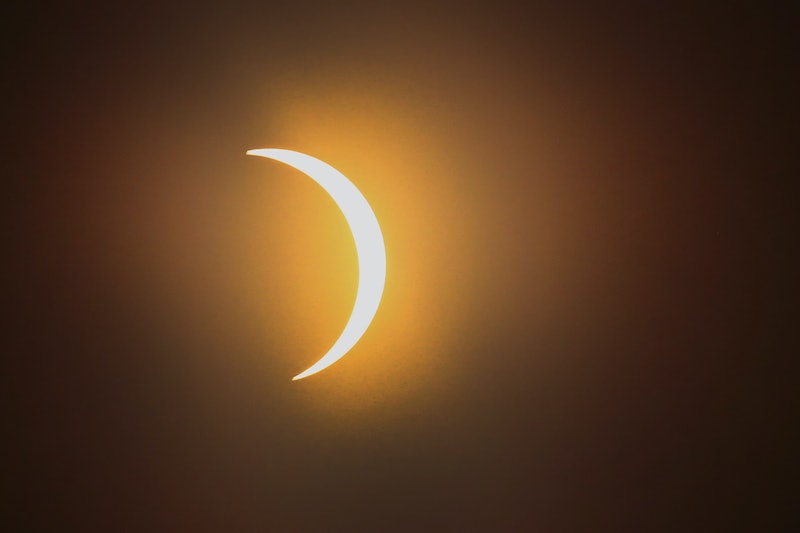 So, where can you see the partial solar eclipse happening in February? Well if you've always been looking for an excuse to finally take a trip to Antartica, I think I have one for you. Unfortunately, the partial solar eclipse will only be visible in Antartica, the southern end of South America and the surrounding oceans. Some of the countries included in the eclipse umbrella are Argentina, Uruguay, Chile, and Paraguay, so if Antartica isn't your thing, one of these countries might be.

A solar eclipse's magnitude measures how much of the sun's diameter is covered by the moon. For viewers in Antartica on the coast, east of the Antarctic Peninsula, the coverage will be .599 at it's strongest.

On the other hand, if you go north to Buenos Aires, Argentina, the eclipse will reach it's maximum coverage at 7:12 p.m. local time, only peaking at .166 magnitude. While the major city is still in the path of the eclipse, it is much farther north, having less of an impact.

Falling in the middle of the spectrum is the town of Stanley in the Falkland Islands. Here the eclipse will begin at 5:46 p.m. local time, reaching it's maximum coverage at 6:42 p.m. Here a magnitude of .398 will be visible.

When Can You See A Solar Eclipse In America Next?

While solar eclipses happen in one form or another a few times a year, unfortunately the next few years will not have an solar eclipse that's visible in the United States. While it's a bit inconvenient, just like with Antartica, I think it makes for a perfect excuse to travel. Plus, everything seems cooler when you're seeing it away from home. The Aug. 11, 2018 partial solar eclipse will be visible from northern Europe and the northeast side of Asia. Plus, it's highest magnitude will be larger, coming in at .737, definitely a reason to take a late summer holiday.

If you're looking to catch the partial solar eclipse this February, it's not too late to catch a flight somewhere. Otherwise check out some pictures online and wait until the next one heads to America. Now, excuse me while I try to get to Antartica really quickly.