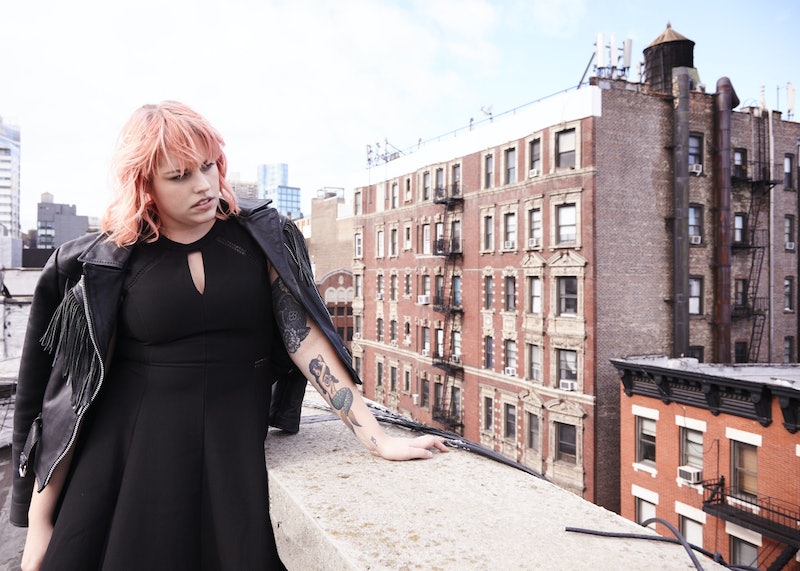 Brace yourselves, because the holiday season is about to get a lot more complicated. The last Mercury retrograde of 2017 is from Dec. 3 to Dec. 22 — aka right in the middle of the holiday season. The holidays are the time of year you're going to be spending money on gifts, traveling home to see your family, being extra social at holiday parties, and trying to relax and enjoy yourself instead of stressing out. Unfortunately, this astrological phenomenon can make all of that feel a lot harder. In order to survive this holiday season, you'll need to be aware of the little tricks Mercury retrograde can play on all of us.

The major thing you'll notice is that everything might seem a little off, like something is wrong even if you can't put your finger on what it is. In general, Mercury retrograde causes a lot more confusion, miscommunication, and distraction. This December, Mercury retrograde also started at the same time as the last supermoon of the year, and it's also happening during the same time as the Winter Solstice. The bad news is that the full moon might make typical side effects feel more intense. The good news is that the Gemini-centric moon might help you wrap up loose ends and move more swiftly into the new year. According to Intuitive Astrology, "During this time, the cosmos is really going to be asking us to bring closure to the year gone by and to clear through any mental chatter that we have been walking around with. Under this energy, any nagging thoughts from the past or unresolved issues will be given the opportunity to be rehashed and released."

So, how do you navigate all of that while also trying to have a good holiday? It always helps to be aware of the trouble Mercury retrograde can cause, so that at least you can have something to blame when things feel off for seemingly no reason. You're not completely helpless to the power of the cosmos — there are a few things you can do to keep things as easy as possible this December.

1. Watch Out For Arguments

Mercury rules communication, so when it goes retrograde, communication gets all screwed up for the rest of us. This can mean anything from misunderstanding an insignificant comment to starting a fight with a loved one. Because it will be so easy for things to get misconstrued or for someone to jump to conclusions, your best bet is to listen carefully to what the person you're talking to is saying to you — especially if you're having a serious conversation or debate about something.

2. Hold Off On Making Big Decisions — For Now

If you find the need to make a life-changing decision from now until Dec. 22, think twice. This is not the time to decide on something huge. According to Astrology Zone, "Nothing will be settled successfully for the future during these periods anyway — you will find it nearly impossible to nail down a plan. During a retrograde period, it is hard to get decisions from others. Even if a decision is made, it will be subject to change, either just after Mercury turns to direct motion or much later." This is a complicated time where your intuition might be off and your judgement isn't at its best — don't test it. Wait for the holidays to pass before you consider changing any major relationships or discussing a career change with your boss. You might be thankful for the extra clarity later on!

3. Have A Backup Plan For Everything

You've probably heard people blame small mishaps on Mercury retrograde before, and there's a good reason for that. Between the miscommunication, distraction, and general confusion, things can go wrong fast. If you don't want to be scrambling for a solution, plot ahead with backup plans. Planning on having friends over for a holiday party? Decide on a second date that would work in case you need to reschedule at the last minute. Driving home yourself? Print out a set of directions in case your GPS gets screwy. You'll thank yourself later on.

4. Get Your Shopping Done Early

One of the biggest things you'll probably be doing throughout this retrograde period is shopping and buying gifts for your loved ones. This year, don't save it until the last minute. During Mercury retrograde, you'll want to plan for the worst, as depressing as that may sound. Get your shopping done early in the month just in case. This way, you'll have time to grab something if you forgot someone, or to change your gift if you realize later on it's not exactly what you were looking for.

5. Be Careful With Your Finances

Mercury retrograde can affect your decision-making skills, and it can also affect your financial situation. Just like you should avoid making any life-altering decisions, you should avoid buying anything really big like a home, or spending a lot on a vacation. Give yourself the time to think these things through fully instead of acting impulsively.

It's the holidays — obviously, many people will be traveling to see family and friends. You don't have to change your plans just because of Mercury retrograde, but it is good to be prepared; expect traveling to be full of added stress this year. According to Astrology King, "Mercury retrograde December 2017 conjunct Saturn will also make other general Mercury retrograde problems worse, especially transport problems such as travel delays and restrictions. Communication and technology breakdowns could range from losing your cell phone to massive internet hacks and interruptions in satellite transmissions." If you have to travel, be ready with backup plans. If you don't have to travel, stay home!

Mercury retrograde can mess with technology — in fact, it happens all the time. Even though we're accustomed to keeping our cell phones close by, it's a good idea to know how to get by without them. Print out directions instead of just depending on your GPS, write down important phone numbers just in case you need them, and back up any important documents.

This is a time of a lot of confusion and misunderstanding; do yourself a favor and try to avoid jumping to conclusions. Mercury retrograde might make it easy to get confused about what you're hearing, and assuming the wrong thing could be a disaster. Before you freak out, take a minute to process the information being presented to you and figure out a game plan — don't just rush to act.

9. Give Yourself Some Time To Reflect On The Past Year

The one positive thing about Mercury retrograde this December? It's forcing us into a time of reflection. The end of the year is a great time to think about your past and learn from it. Write down your thoughts, give yourself quiet time to think, and go over the last 12 months. This could actually help you get prepared for a terrific new year.