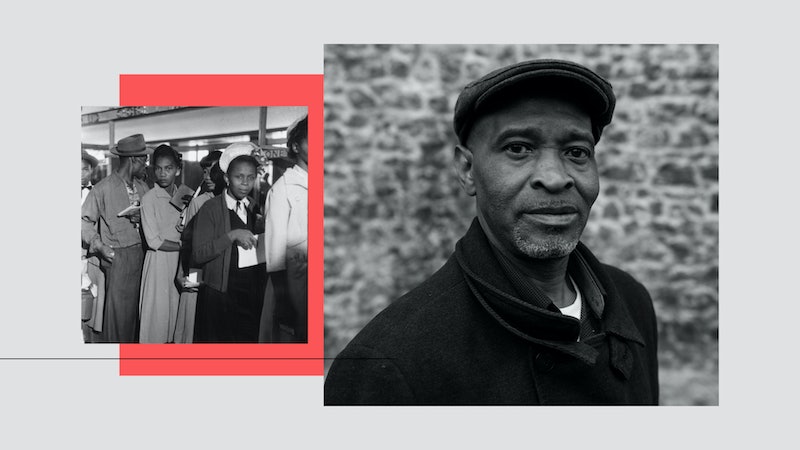 Even for those who are aware of the Windrush scandal, BBC One's Sitting In Limbo will prove harrowing. The feature-length TV drama is being heralded by viewers and newspapers alike for its "tender", "upsetting" and "powerful" retelling of Britain's bureaucracy. Where reports, hearings and articles have previously tried, this dramatisation of the real-life story of Anthony Bryan brings home the very real cost of the Conservative governments hostile environment policy, which saw thousands of legitimate UK residents treated as undocumented illegal immigrants.

Over the course of 90 minutes, the story of Anthony Bryan unfolds: from the moment he tells his elderly mother that he's finally processing his passport in order to visit her, to the moment he loses his job, home and freedom. “I started reading and I couldn’t stop crying and crying,” Pippa Bennett-Warner tells gal-dem. “I just couldn’t believe the brutality and the personal questions. The whole thing was completely shocking to me.” This is a sentiment anyone watching the drama – written by Bryan's brother, novelist Stephen S. Thompson – will no doubt share.

If you have also been left devastated by the TV drama and want to learn more, here is a list of suggested reading. Though by no means exhaustive, it will hopefully serve as a useful starting point.

Sitting In Limbo paints a very vivid picture of Anthony Bryan's life and experience, but there is so much more to read and watch. Here's a few of those pieces, from his in-depth interview with The Guardian's Amelia Gentleman to his GMTV appearance, a clip of which features at the end of the TV drama.

Other stories of Windrush victims

Sadly, Bryan's story is one of many. Thousands were targeted by 2012's ‘Hostile Environment’ legislation which made the UK practically unliveable for thousands of legitimate British residents. Below are a few of their stories, though there are many more documentaries to watch for self-education about racism in Britain and the Black British experience, and more articles to read, too.

More on the Windrush scandal

The Windrush was originally the name of the ship (the HMT Empire Windrush) that carried Caribbean passengers to the UK. The scandal began to surface in 2017, when the stories of those wrongly detained and deported members of the Windrush generation. Here are some useful reads in order to gain a better understanding of the history and present situation.

More like this
This Is When Netflix Is Going To Start Charging You For Sharing Passwords
By Darshita Goyal
Rita Ora Finally Opened Up About Marrying Taika Waititi & Their "Perfect" Wedding
By Sophie McEvoy and Catharina Cheung
'Brookside' Is Coming Back & Soap Opera Fans Are Going Wild
By Sam Ramsden
Here’s Where The NHS Nurses’ Strike Currently Stands
By Sophie McEvoy
Get The Very Best Of Bustle/UK
Sign up for Bustle UK's twice-weekly newsletter, featuring the latest must-watch TV, moving personal stories, and expert advice on the hottest viral buys.