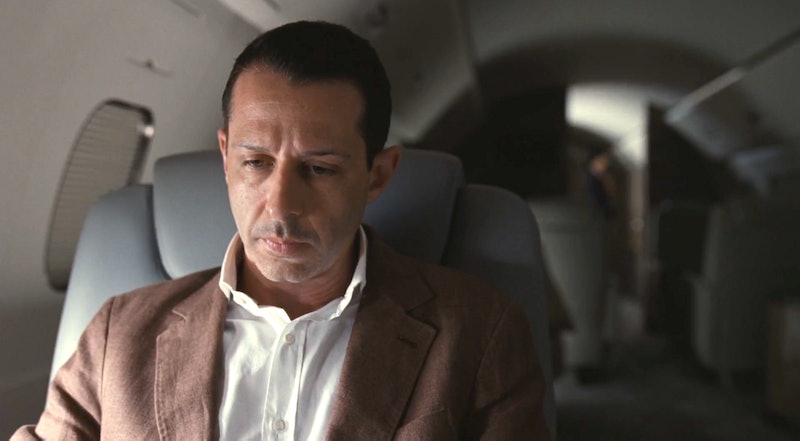 Spoilers ahead for the Succession Season 2 finale. After spending the entire season following every one of his father's orders, Kendall betrayed Logan in the Succession Season 2 finale. Now that he threw his father under the boat for the cruise scandal, what Kendall will do next on Succession might continue to be as game-changing as his actions were in the Season 2 finale. Rather than focus on becoming the next CEO of Waystar Royco, Kendall may instead focus on destroying his father. Because even though Logan Roy proudly approved of his second son finally becoming a "killer" it doesn't mean the patriarch will go down without a fight, which means Kendall will probably continue to further emulate his father's brutal behavior and acquire some more unlikely allies in Season 3.

Kendall was clearly on the chopping block as the "blood sacrifice" that Logan needed to clear his name of the cruise scandal in the Season 2 finale. As he had done all season, it appeared Kendall would wrongly take all the blame with no resistance. But instead, he showed up at the press conference in "This Is Not for Tears" and claimed Logan was a "malignant presence." Backed up with Cousin Greg's receipts, Kendall claimed his father knew about the payoffs regarding the accusations of sexual misconduct and death on the cruise line and covered them up.

Kendall's press conference bomb probably means that Logan will lose control of Waystar Royco at the impending shareholder meeting. But just because Kendall proclaimed, "I think this is the day his reign ends," doesn't mean Logan's reign is actually over since he'll do anything and everything to retain control over his company. Kendall will have to continue to counter his father to prove he's not suitable as a leader. Whether that means Kendall is still after the CEO position is unclear, but his motivation might be more revenge-based than power-hungry in Season 3. Then again, it's entirely possible that Logan was behind Kendall's power move, which means he'll continue to be his father's pawn as the company goes down.

In an interview with The Boston Globe ahead of the finale, actor Jeremy Strong discussed Kendall's future. While he noted that he's there to serve showrunner Jesse Armstrong's vision, he did offer his thoughts on where Kendall could go — and it's as dark as one of Shakespeare's most notable history plays.

"I'm interested in the Richard III version of Kendall, where he could lose more of his humanity," Strong said. "Ultimately, we all want a story that is redemptive, but what's most interesting is to have the furthest-possible distance to travel. Maybe it needs to go in the other direction first."

While no one would call Kendall a moral compass, he did showcase more morality than anyone else in the Roy family in Season 2. He became his father's lapdog after Logan covered up that Kendall had been responsible for the death of the waiter at Shiv's wedding, Andrew Dodds. Ken showed remorse when Logan made him visit Andrew's family and even wanted to confess to his own mother. But the path of atonement didn't get Kendall anywhere in Season 2. When his father says there was "no real person involved" in the Andrew accident — mimicking the words used in the cruise coverup about sex workers and migrants who were victimized — Kendall decides to show just how much of a "killer" he can be.

For the third season, Kendall could team up with Sandy Furness and Stewy again — if they'd have him after he backed out of their takeover deal. But his newest ally is Cousin Greg, who showed how he's learning to put his interests first in Season 2. Who else will end up on Team Kendall won't be revealed until Season 3. (Could Roman join his brother? Would Kira be willing to come forward again after Shiv's conversation with her in the playground?) But if Strong's words about his character end up being true, Kendall will show how much he learned from his father to become a monstrous bully all in order to destroy his dad.

More like this
'Succession' Season 4 Will Be An "Absolute Banger" According To Cousin Greg
By Bustle Staff
Shonda Rhimes Responded To The Surprise Exit Of A Day 1 'Grey's Anatomy' Figure
By Grace Wehniainen
'Ted Lasso' Season 3 Might Be Its Last
By Zosha Millman and Grace Wehniainen
Everything To Know About A Potential 'Lockwood & Co.' Season 2
By Gretchen Smail
Get Even More From Bustle — Sign Up For The Newsletter
From hair trends to relationship advice, our daily newsletter has everything you need to sound like a person who’s on TikTok, even if you aren’t.