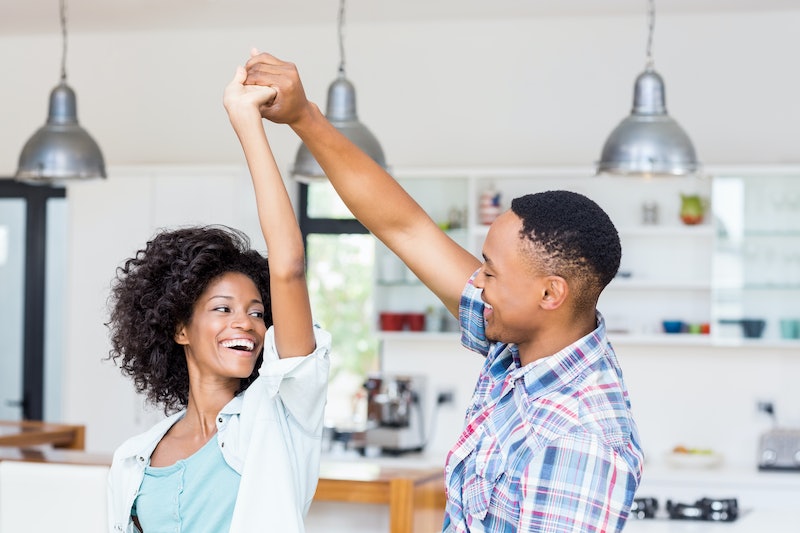 We are officially clear of Mercury retrograde. But as one planet stations direct, another turns retrograde — and this time it's Uranus. That said, Uranus retrograde happens once a year, and it really isn't all that bad: in fact, it might be good for us. In 2019, thanks to planetary alignments, it seems as though ~love~ will be a main theme. With that in mind, you'll want to have clarity on what you should and shouldn't do in love during Uranus retrograde 2019.

First things first: the details. Uranus Retrograde will start on Aug. 11, 2019 and last until Jan. 10, 2020. Yes, that's a whole five months. But the transit isn't as on-the-surface intense as Mercury's notorious retrograde. While Mercury is all about tedious technological and communication upsets, Uranus looks at the larger picture. "This is a time of inner change in response to external changes in your life," Astrology King shared on its site. It's kind of like spring cleaning for the soul. Behaviors and attitudes that need adjustment in order to make necessary and wanted change possible will have their opportunity to do so.

Because of the particular planetary line up with 2019's Uranus retrograde, your love life may experience necessary tune ups. According to Astrology King, "Uranus is trine the Moon," which is positive influence on anything regarding interpersonal relationships. Likewise, according to Astrology King, the Sun is conjunct Venus, which "brings love, peace, harmony, and beauty, with a focus on your love relationships."

To get more deets on how Uranus retrograde will affect our love lives for the rest of 2019, Bustle spoke with New York City-based astrologer Lisa Stardust to get clued into what we all should and shouldn't do in romance during this time.