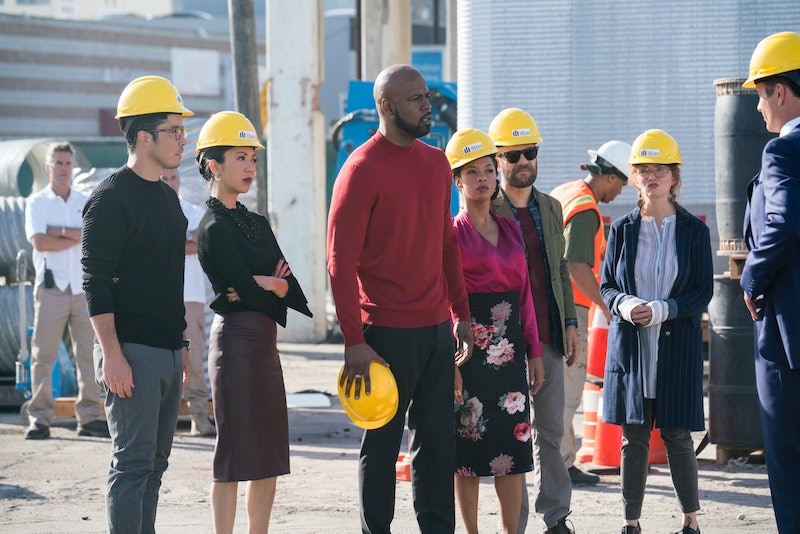 There's a massive plot hole in the Runaways (co-creator: Stephanie Savage) Season 1 finale. Literally. While The Pride are busy planning to fight for freedom from Jonah, and the Runaways are living up to their name, there's a major revelation mentioned in the season's final episode. While investigating the giant hole that supposedly has a renewable energy source, the scientifically-minded Yorkes discover that whatever is at the base of the dig site may be more energetic than they expected. The Yorkes reveal that not only is there a concrete object that they are digging for, but that the object in the hole in Runaways is alive.

The only person who really seems to know what is going on at the dig site is Jonah, who doesn't seem interested in sharing the truth with anyone. Even Jonah's only remaining ally, Frank Dean, doesn't seem to fully grasp what he's signing up for when he aligns himself with Karolina's real father. Whatever is at the bottom of that hole, it will undoubtedly have a major effect on both The Pride and The Runaways in Season 2, which has yet to be announced by Huly. Executive producer Josh Schwartz revealed to Entertainment Weekly, "There’s something down there that’s incredibly valuable to Jonah, and if the cost of getting it is California breaks off into the ocean, so be it. He’s playing on a bigger field." So what is Jonah looking for? Fans will have to wait until Season 2 for the answer to that questions, but fans of the comic may have an idea of where the show is headed.

SPOILERS FOR VOLUME 1 OF THE RUNAWAYS COMICS. The Runaways series has not been shy about twisting and tweaking the comic book story for the purposes of television. While there have been some elements that haven't changed — the team's powers, the Pride's ritual sacrifice, a psychic dinosaur — one of the biggest changes has been the nature of the Gibborim. In the Runaways television series, Gibborim is the religion that Leslie Dean runs that is a front for Jonah's mysterious needs and may remind you of Scientology, though Hulu never responded to Bustle's request for comment about the inspiration for the fictional faith. However, in the original comics, the Gibborim are a race of six-fingered 100 foot-tall giants who recruited The Pride to help them destroy the world in exchange for allowing six of them to live so that they could co-rule the world. Could the show be including the Gibborim race into the mythology of its own Church of Gibborim?

It may seem unlikely that a mystical giant alien is at the bottom of the hole, but it would explain Jonah's desperation to see this project through. If there were a race of giants living underground, chances are that the mysterious and seemingly immortal figure that is attempting to garner control on Earth would be connected to those somehow. It would also explain why the Yorkes' technology picked up readings for a living thing residing deep underground, and it may be related to the vision of Los Angeles crumbling to the ground seen on Victor Stein's future-telling device. No more far-fetched than a psychic dinosaur.

Whether the dig site is leading to a race of giants or a new creation of the Runaways show, it's clearly bad news for all of Los Angeles. While the Runaways' main priority is to stay safe and avoid being arrested for a murder they didn't commit, they may be the only people who will be able to save Los Angeles from whatever is at the bottom of the hole. A second season has yet to be confirmed, but there are reports that Hulu is planning to renew the show. And hopefully, Runaways Season 2 will be able to answer all those lingering questions left after the Season 1 finale.