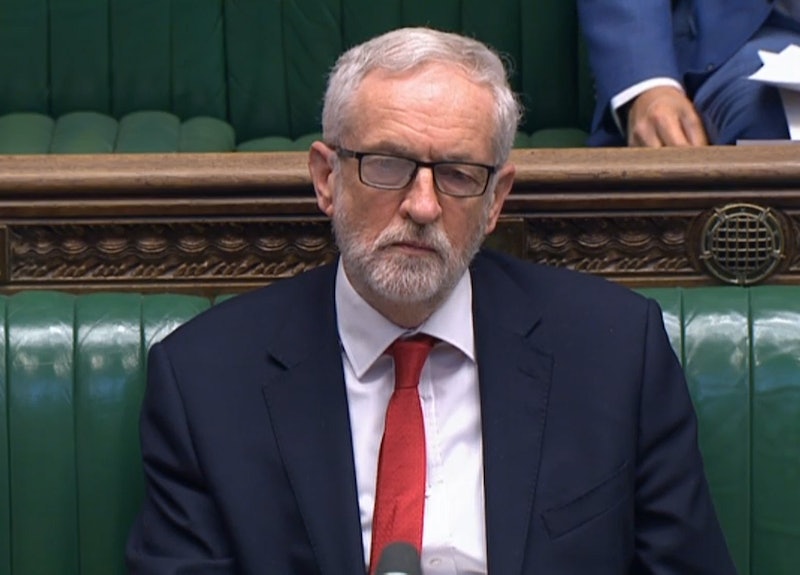 The investigation began after a complaint was filed by Campaign Against Anti-Semitism against the party. The Equality and Human Rights Commission began investigating the Labour Party in May 2019 to “determine whether the Party committed unlawful acts in relation to its members.” This internal report was initially due to be passed to the Equality and Human Rights Commission, reports the Times, but lawyers advised the part against doing so.

What Does The Report Reveal?

Per the BBC, the document, revealed that the “abnormal intensity of factional opposition” to former party leader Jeremy Corbyn “inhibited the proper functioning” of the party and led to “a litany of mistakes" in dealing with reports of antisemitism.

Secondly, the report also found that even though opposition to antisemitism and members exhibiting it was clear, they concluded the reforms needed to bring the Party’s procedures up to standard “were not undertaken early enough.” Some newer processes made were praised. The “fast-track” process which speeds up expulsion in the party, for those who exhibit antisemitism, proposed by Jeremy Corbyn was called “transformational”.

What Does This Mean For The Labour Party Now?

The new leader of the party Keir Starmer and deputy Angela Rayner have promised to launch an investigation into why the report was commissioned, its contents and the circumstances that led to it being leaked. In a statement given to the Guardian, Starmer asked those concerned to “refrain from drawing conclusions before the investigation is complete” and the general secretary will be asked “to put measures in place to protect the welfare of party members and party staff who are concerned or affected by this report.”

The report also appears to have exposed what some members of the party were saying about the black women MPs including Diane Abbott and Dawn Butler. A number of WhatsApp messages with sexist and racist comments about Abbott were included in the report, per The Morning Star.

A senior Labour party staff member mocked Abbott for crying in the loos in a WhatsApp group, reports the Guardian. Abbott, who is the very first black woman to become an MP in the UK, receives a disproportionate amount of online abuse totalling half of all abuse sent to women MPs. Since the leak, a flood of support has come in on Twitter for the Hackney North and Stoke Newington MP.

More like this
Eurovision Has Been Given A Whole New Look Ahead Of Its Liverpool Debut
By Bustle UK
Gen Z Are Twice As Likely To Identify As Queer, According To New Data
By Sam Ramsden
This Is When Netflix Is Going To Start Charging You For Sharing Passwords
By Darshita Goyal
'Brookside' Is Coming Back & Soap Opera Fans Are Going Wild
By Sam Ramsden
Get The Very Best Of Bustle/UK
Sign up for Bustle UK's twice-weekly newsletter, featuring the latest must-watch TV, moving personal stories, and expert advice on the hottest viral buys.