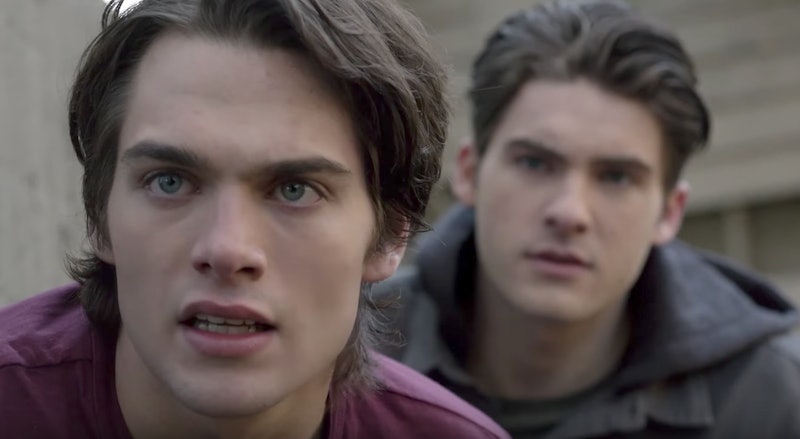 There's something taking over Beacon Hills, and it's not just Gerard and his army of werewolf hunters. In "Triggers," the town's newest and most mysterious threat, the Anuk-Ite, made itself known as fear and paranoia spread throughout the town, and may have reached Liam. Ever since Deaton identified the thing causing fear, everyone has been too busy to figure out what the Anuk-Ite on Teen Wolf actually is. But, if Liam's freakout in "Triggers" is anything to go by, defeating the Anuk-Ite is going to need to become a priority soon.

Deaton called the Anuk-Ite "The Double Face," a creature with two faces that feeds off of the fear it causes or heightens in others. It's the thing that escaped the Wild Hunt, and what has been heightening the paranoia in Beacon Hills surrounding supernatural creatures. In "Triggers," the Anuk-Ite was out in full force, as evidenced by the high schoolers stabbing each other in the hand to weed out supernaturals, and the seemingly unchecked and armed militia recruiting teenagers to kill their classmates. Fear of supernatural creatures has taken over Beacon Hills, but the Anuk-Ite has also managed to work its way into Liam's subconscious, and that's not good, especially when Scott needs his entire pack together and fighting.

Liam lost control on Teen Wolf while out on a mission with Theo to distract Gerard and his hunters, and it almost cost poor wannabe-hunter Nolan his life. Not only was Liam so consumed by anger that he almost killed Nolan, he also hallucinated about his old lacrosse buddies (and another lacrosse-playing werewolf). For Liam, who has a history of anger problems, the fear of the Anuke-Ite is causing him to become volatile and angry, which could mean trouble down the line. If Theo hadn't been there to knock him out, who knows what would have happened to him, or Nolan for that matter.

If the Anuke-Ite is affecting Liam so strongly, what is it doing to the others? Based on Gerard's plan to create an entire city of hunters in Beacon Hills, it seems that the fear-eating monster could be turning the entire city's fears into anger and hate, which means that the only way to stop Gerard and the hunters will be to stop the Anuke-Ite. And how to do that, we have no idea.