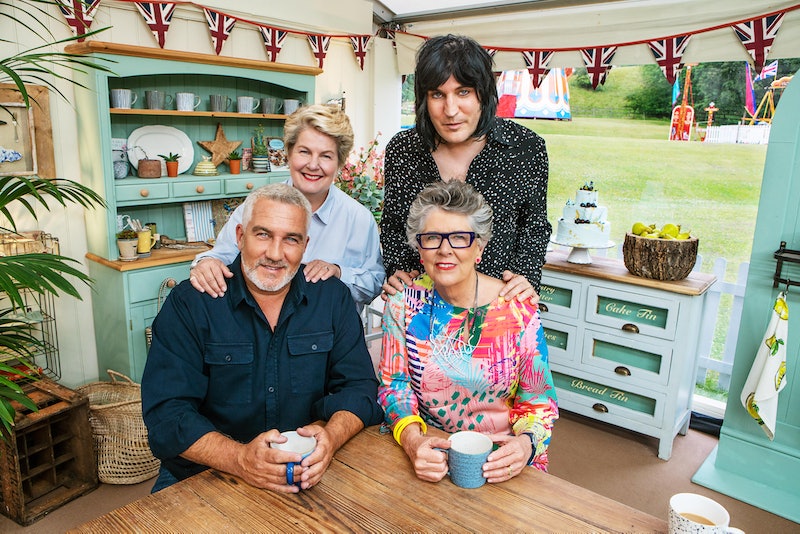 Fire up those ovens and start greasing your pans — The Great British Bake Off 2019 finale is just around the corner. I don't know about you but I’m super excited to see what cake-related drama the last episode has in store. However, before we get into that, one question needs answering: what is the prize for winning The Great British Bake Off? I did some digging and, to be honest, the truth is pretty underwhelming.

After enduring the #AlaskaGate trials and lion bread tribulations, it turns out that every Bake Off winner gets — drum roll please — a cake stand and flowers. No big prize money, no cook book deal, just a stand and a bouquet according to the Metro.

I reached out to a Channel 4 rep for comment regarding the rather anti-climax prize up for grabs, but I haven't heard anything back.

Back in 2014, former Bake Off contestant Martha Collison opened up about the show's prize. She told The Sun: "Everyone is so surprised and thinks there must be some secret cash, but all we really get is a bunch of flowers and a cake stand."

However, Collison also explained there were some other major perks to doing the show. "You also kind of become a national treasure just by doing it because everyone in Britain loves the Bake Off so much," she said.

She's not wrong. Bake Off has helped launch the illustrious careers of many previous winners. For example, 2015’s winner Nadiya Hussain has done incredibly well since she was crowned champion by Paul Hollywood and Mary Berry. She used her newfound success to secure cookbook deals, shows with the BBC, a column with The Times magazine, and also occasionally makes appearance on The One Show for presenting gigs. And that’s just the tip of the iceberg. She also snagged the biggest job any British baker could ever hope for; baking the Queen’s 90th birthday cake. I know.

In 2018, Hollywood and new judge Prue Leith chose Rahul Mandal as their winner. As the The Times reports, he has since written his own cookbook, made appearances on TV shows, bagged a recipe column, and become an ambassador for STEM, all while continuing his work as a nuclear researcher.

This year, Steph Blackwell, David Atherton, and Alice Fevronia are all in the running for the title. But, no matter who wins, I can't wait to see what all three of them, as well as the rest of the 2019 cohort, do beyond the tent.