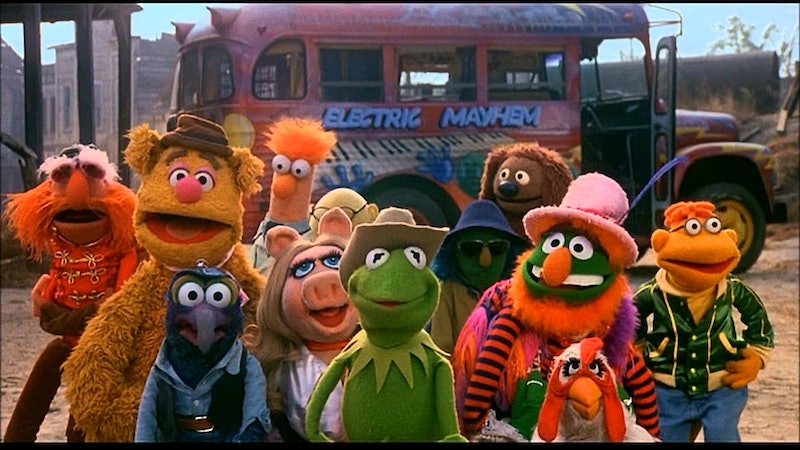 As recent films like Thor: Ragnarok, Guardians of the Galaxy Vol. 2 and more prove, post-credits scenes have become a standard and expected part of the modern superhero movie-going experience, considered to be just as important as the time-honored traditions of finding a good seat and buying popcorn. But as omnipresent as post-credits scenes seem now, this obsession is actually a fairly recent phenomenon. It wasn't until the last decade that people began to expect and even demand extra footage at the end of films, although the type of footage we want to see has shifted enormously over the years — going from comedy to drama to comedy once again, and perhaps somewhere totally new in the future.

There's little doubt that Marvel Studios is responsible for the current obsession with post-credits scenes, as the company's blockbuster series has included at least one, but often several, after-credits scene in every single one of its films, beginning with 2008's Iron Man. But while the Marvel Cinematic Universe and its tantalizing franchise-building teases may be the catalyst driving other big series to mimic the practice, the MCU didn't invent the post-credits scene, unlike what many might think. The actual origins are much less grandiose — and funnier — than Nick Fury telling Tony Stark about the Avenger Initiative back in '08.

The first modern post-credits scene seems to be the tag at the end of The Silencers, a 1966 James Bond spoof starring Dean Martin, according to the site What's After the Credits? The scene in question parodied the familiar James Bond tradition of teasing a future installment, but rather than the simple text card of "James Bond Will Return" seen in the 007 films, The Silencers featured actual footage of Martin's Matt Helm lounging on a bed with several scantily-clad women while overlain text reads: "Coming up next: Matt Helm meets lovely Kravezit in Murderer's Row." Helm himself then says, "Oh my God," and hides his head in his hands.

But while The Silencers and its cheeky tag may have been the first post-credits scene, it didn't start the trend. It wasn't until 1979, after The Muppet Movie featured Animal telling the audience to "go home" after the credits finished rolling, that post-credits scenes began to appear somewhat regularly — and almost exclusively — in comedies. A number of funny films in the '80s shoehorned in jokes to reward patient audiences in the form of callbacks to earlier scenes in the film, like in Airplane! and Planes, Trains, and Automobiles. Others included Muppet-esque fourth wall-breakers, in which the film's stars tell the audience to get lost, most famously seen in 1986's Ferris Bueller's Day Off.

The trend of more serious future installment teases after the credits also began in the '80s, but only in earnest. After the credits roll in 1987's Masters of the Universe, the presumed-dead Skeletor rises from under water to proclaim that he'll be back, but the film's poor box office performance prevented that from ever happening. Like The Silencers before it, Masters of the Universe proved to be ahead of its time, as most of the post-credits scenes of the '90s were of the jokey tag variety. Serious scenes like that in The Silencers didn't start catching on until the early 2000s when installments of franchises like X-Men and Fast & Furious found ways to wrap up loose ends from their films while also leaving the door open for future installments.

However, these franchises didn't do so consistently enough to the point where audiences came to expect the extra scene. That's where Marvel comes in. Kevin Feige, the head of Marvel Studios, came up with the idea of including something extra after the credits in MCU films thanks to the impression left on him by the handful of films that did so in the '80s. "I always liked that sort of thing, whether it’s Ferris Bueller or Masters of the Universe," he told Slash Film in a 2017 interview. "As a film nerd, I never wanted it to end... So I would always sit through all the credits and you’re about two-thirds of the way through and it’s like oh should I go? Well maybe there’s, I mean, that one time there was something in that movie. Maybe there’ll be something on this movie. And there never was. Almost never was. So when I started making movies, I’d be like, 'that’d be fun to do.'"

Marvel's success with getting people to sit through the credits for a peek at whatever film was next in the franchise seemed to inspire other studios as well. While they were once content to wrap up loose ends from the films they served to close, the after-credits scenes of Fast & Furious and X-Men movies became almost exclusively dedicated to world-building after the rise of the MCU. But even that trend may now be changing, as Marvel itself has recently diversified its post-credits offerings by more frequently including funny scenes that don't tease any future installments. Prior to 2012's Avengers, which was the first film in the franchise to feature a funny post-credits scene, all five post-credits scenes in the MCU were serious and teased future movies. Since Avengers, there have been 25 total MCU post-credits scenes, with 13 of them teasing future films and 12 just meant to make viewers laugh — a nearly even split.

With Marvel leading the way, it looks as though the post-credits scene is almost done taking itself so seriously and is returning to its comedy roots. But why? One reason could simply be a general shift in entertainment toward lighter-hearted fare. Around the time the MCU began, superhero movies — and action movies in general — were in the midst of a "dark and gritty" phase. The Daniel Craig James Bond movies, Christopher Nolan's Batman films, and the Jason Bourne series all set the pace for the genre in the 2000s. But Marvel took a chance and went against the grain by injecting a more humorous tone into its films. That tone clicked big time with audiences, who had apparently grown tired of their heroes never cracking a smile.

And as time has gone on, Marvel's films have just gotten funnier and funnier. Their latest, Thor: Ragnarok, is a straight up comedy, and other franchises are now following suit. After the dark and humorless Batman vs Superman was trashed by critics and fans alike, a conscious effort was made by Warner Bros. to make Wonder Woman and Justice League funnier and more fun, and the move may have saved the franchise. So it makes sense that as the movies themselves became funnier, so too have their post-credits scenes.

But how long will that last? Well, given the current state of politics and the seemingly never-ending stream of bad news that constantly bombards the populace, it seems unlikely that people will be aching to return to more dark and serious post-credits scenes anytime soon. Audiences are looking to Hollywood for fun distractions from real life more than ever before, and there's no better distraction than comedy. Therefore, it seems likely that post-credits scenes will continue to use jokes to reward audiences who aren't anxious to leave the theater and face the real world, adding just a little bit of extra joy into their lives. And that's something the Muppets should be very proud of indeed.