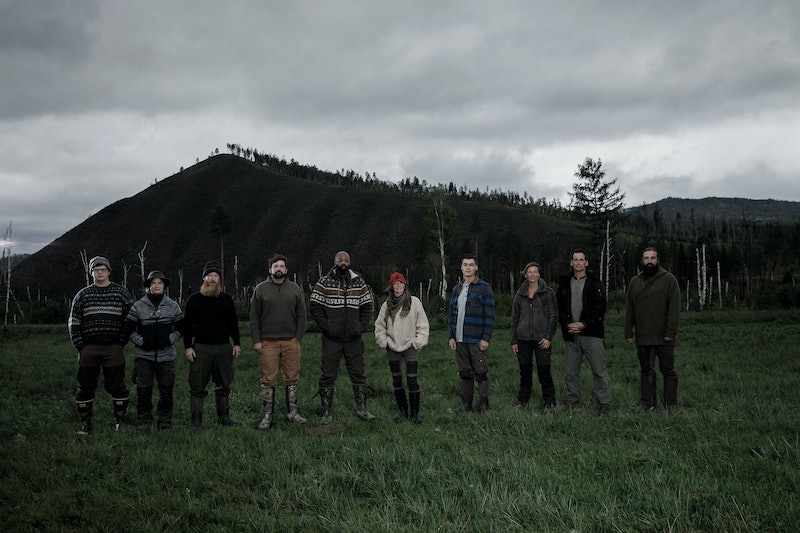 It's soon time for the contestants of Alone to stop being, well, alone and rejoin the real world. The fifth season finale airs Aug. 16, and with all the drama it's been serving up — fans will want to know when Alone Season 6 premieres. Although there hasn't been an official renewal announcement from History, it's all but a done deal according to executive producer Shawn Witt, who told Reality Blurred that Alone Season 6 was in development as of June 2018.

Casting for the sixth season began in February of 2018, according to the casting company's Facebook page. They need to start early, because this show has a super long lead time. After all, the network has to plan for contestants to survive up to a year, and there's never any telling how long they'll last. The longest season ran 87 days, which is nearly three months of filming. The shortest was Season 1's 56 days, which is still nearly two months. Add to the the fact that Witt said in another Reality Blurred interview that the editors don't even start sifting through the hours of contestants' self-recorded footage until after the season, and the production timetable can be pretty lengthy.

Even still, there's usually a season once a year, and 2016 had two seasons air in one calendar year. Time between seasons airing has been anywhere from four months to 10, with both Seasons 4 and 5 airing in June. It's likely, then, that Season 6 will premiere in June 2019. Beyond the premiere date, here's what fans should be able to expect from the next installment.

It Probably Won't Be An All-Stars Season

Season 5 brought back viewer favorites for a second chance at winning, but since that just happened, expect Season 6 (and likely the next several beyond that) to go back to basics with an all-new cast.

There Could Possibly Be A New Location

Witt said in the first Reality Blurred interview above that Mongolia, where Season 5 was shot, was their most expensive season. That made for a splashy all-stars season, but for a regular no-name Season 6 cast, it's likely that the show will re-locate.

It's possible it could return to Vancouver Island, where three seasons have filmed, or Patagonia where one season was filmed. Or, it could travel somewhere new entirely. Witt said the location scouting process is tough because they have to make sure there's enough land and that the land comes with enough resources and doesn't limit hunting and fishing. One place it won't be filmed at? Transylvania. Witt says they've always wanted to but "every time we’ve scouted it, it just does not have any of the resources or the land."

Season 4 tried something new by stranding pairs (brothers, spouses, father/son duos) miles from each other. The goal was for one to find the other and then survive from that point as a duo. Witt told Reality Blurred that was a network decision to keep things fresh, but he doesn't imagine it will happen again. “There was never an intent to deviate from the original format outside of season four,” he said. “I think they always believed that individuals participating in the series was the best way to go. This was just a one-off thing to try.”

There Still Could Be A Twist

Just because the show probably isn't doing another pairs season doesn't mean it'll be totally business as usual. "They’re always looking for a hook," Witt said of the network. If pairs isn't the hook, you can bet it will be something else.

Of course, fans will just have to wait for 2019 to see what that hook might be. And, hey, in the meantime, if you're missing your Alone action, check out ABC's Castaways, airing now. It's about stranded people on deserted Indonesian islands, and ABC reports that it's showrun by Grant Kahler, who executive produces Alone. It may not be Alone, but it's the next best thing while you wait for 2019.