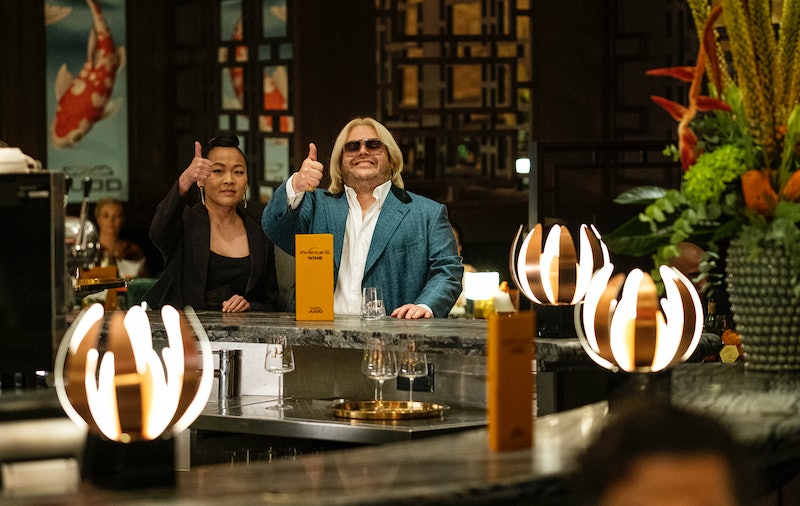 Avenue 5's eight-week journey around Saturn may be doomed, but the fate of the HBO series certainly isn't. HBO announced Avenue 5 was renewed for Season 2 on Feb. 13, about halfway through Season 1 ahead of its finale on March 15. While the crew and passengers of Avenue 5 can't wait to get off the luxury space cruise, the cast is thrilled to be taking another trip.

A couple of weeks after the renewal announcement, showrunner Armando Iannucci, who also created the seven-season Veep, tweeted that Avenue 5 will return sometime in 2021. Even though it doesn't seem that they've started production on the new season yet, Iris actor Suzy Nakamura told TV Insider that the cast had already met with Iannucci and the writers for mini-meetings "just to flesh out character-wise what's going to happen for Season 2." Unfortunately, she couldn't reveal what will happen yet since a lot of it is dependent on what will go down in the Season 1 finale. As Josh Gadd's Herman Judd might get rescued off his ship and federal aid might mean the cruise won't actually last three more years, Season 2 could even see the crew and passengers coming back to Earth.

Everyone on Avenue 5 may mildly, or vehemently, dislike one another. But the actual people behind the Avenue 5 cast took to social media after the Season 2 renewal announcement to celebrate. Many of them have worked Iannucci before on Veep, most notably, Avenue 5's "Captain" Ryan. Hugh Laurie noted he was "chuffed" about the show getting a second season and Gadd and his right-hand woman Nakamura seconded his sentiment.

Additional cast members Andy Buckley, Kyle Bornheimer, and Jessica St. Clair also tweeted about Season 2, so it seems Iannucci knows how to be a good leader — even if his characters absolutely lack that skill. Whether the crew and passengers end up in space, on Earth, or disintegrated, they're happy to be taking this voyage again. Now, someone call Julia Louis-Dreyfus and see if she'd like to make a cameo in Avenue 5 Season 2.