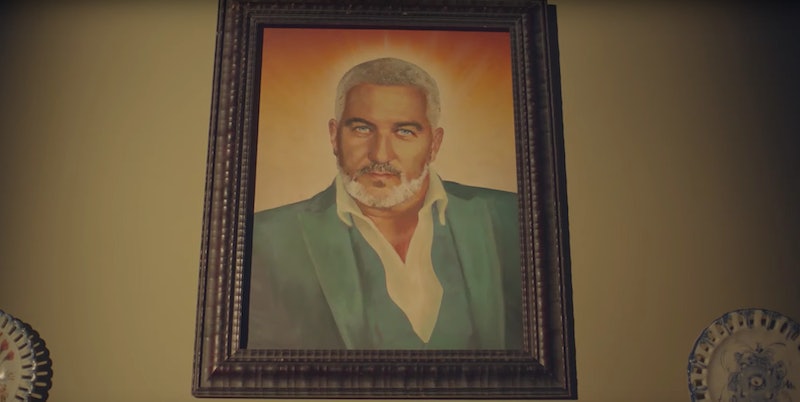 Whilse the nation sits around wistfully thinking of something to do now that Love Island has sadly ended for the year, another one of Britain's favourite shows is gearing up to get started. What happens when you get one half of The Mighty Boosh, a cherished British-Danish presenter, and two cooking legends? The Great British Bake Off of course. Is it really British summertime without the nations favourite baking show? So when is Great British Bake Off 2019 on TV? It looks as though hosts Sandi Toksvig and Noel Fielding and judges Paul Hollywood and Prue Leith will be returning to our screens sooner than you think.

Previously: The show is now entering its 10th season, and its 3rd season on Channel 4. Although GBBO has changed channels along with having a slight rejig of presenters and judges, the show has maintained the same tried-and-tested formula. Each week, amateur chefs from across the country step into a beautiful marquee in the great British countryside to take on three baking challenges. I find nothing more entertaining than judging talented bakers through my television screen when all I can bake is pre-made cake mix.

This Tuesday (30 August 2019) saw the newest GBBO trailer hit the nation's screens. The quirky new ad shows different Brits from all walks of life getting completely getting carried away with baking as Britain gets ready for GBBO. There were astronauts eating cake, people bathing in teacups, a shrine to Paul Hollywood, and even the cookie monster makes an appearance. In other words, it’s nothing short of mouthwatering. The wacky advert also shows four singing cupcakes with the faces of Noel, Sandi, Paul, and Prue on them, so I don’t think we have to worry about any of them not returning.

I've reached out to Channel 4 for an official starting date of this year's series, but have not heard anything yet. I'll be sure to update you as soon as I do. But my best bet is that the show will be back sometime in August. Last year the show returned on 28 August.

Due to its great success, GBBO now has a couple of spin-offs including Bake Off: The Professionals, The Great New Year's Bake Off, and The Great Celebrity Bake Off For Stand Up To Cancer. The latter sees celebs try their hand at baking for charity. GBBO also has its own after-show, An Extra Slice, hosted by Jo Brand.

GBBO has also helped launch the careers of some beloved cooks, writers, and presenters. Nadiya Hussain, who won Bake Off in 2015, is now a national treasure, with a new mouthwatering food show or travel documentary out practically every month. Ruby Tandoh, runner up in 2013, has gone on to write incredible food books including Eat Up and she has also edited a zine about mental health. Liam Charles, who was a contestant in 2018, had his own cooking show, Liam Bakes, and is now a presenter on Bake Off: The Professionals.

There have been some seriously legendary moments on GBBO, ranging from the good, the bad, and the melty. Who can forget Season 5’s Bingate, when Ian’s Baked Alaska went so wrong he chucked the whole thing away? Or the great custard swap of Season 4?

The wait won't be long now until the best baking show is back on TV. It's time to dust of those KitchenAids, or, if you're like me, empty a pre-made cake mix into a bowl, and get baking!

More like this
Pret & Costa’s Coffee Is The Strongest On The High Street, According To Which?
By Sam Ramsden
Ben & Jerry’s New Sundae Flavours Are A Chocoholic’s Dream
By Sophie McEvoy
Olivia Colman Stars In First-Look Trailer For BBC's 'Great Expectations'
By Sabah Hussain and Sam Ramsden
10 Equally Romantic & Heartbreaking Books From British & Irish Authors
By Shahed Ezaydi
Get The Very Best Of Bustle/UK
Sign up for Bustle UK's twice-weekly newsletter, featuring the latest must-watch TV, moving personal stories, and expert advice on the hottest viral buys.