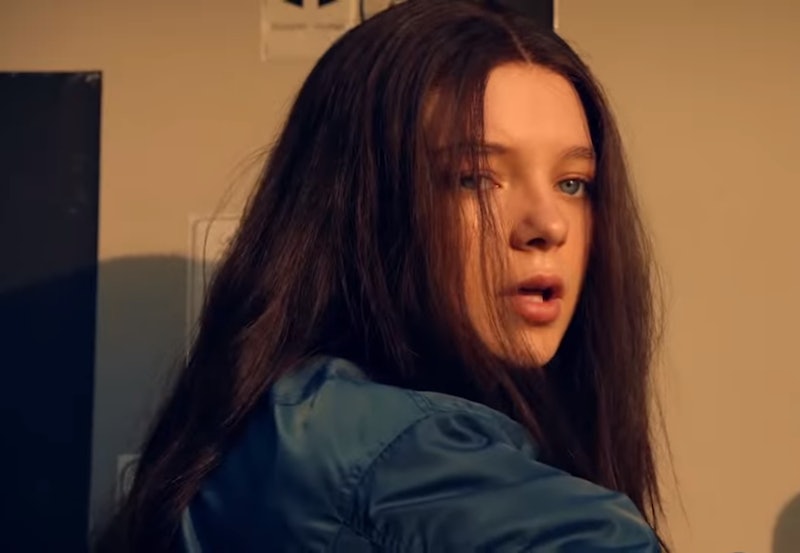 The first episode of one of Amazon Video's most highly anticipated 2019 TV shows is getting a sneak preview starting this Sunday, Feb. 3. As reported by Variety, Hanna will premiere after the Super Bowl via the streaming platform. But there's a catch — the first episode of the thriller will only be available exclusively to Prime members for 24 hours after the big game. Hanna is set to officially premiere in March 2019 (Amazon has yet to release the exact date).

Based on the 2011 film of the same name, Hanna the series appears to have a plot that's similar to the movie. In both stories, a 16-year-old girl is raised by her father in the wilderness and trained to be an assassin. In the movie, Hanna, played by Saoirse Ronan, is sent on an assignment by her dad that leads to her fleeing across Europe with a CIA operative in pursuit. According to Amazon's official description, the TV series is following the same playbook as Hanna goes on journey of self-discovery as she crisscrosses Europe in hopes of reuniting with her father. Along the way, she'll find herself unraveling a conspiracy that could change her life forever.

This time around Hanna is played by British actor Esme Creed-Miles. The show also includes a mini-reunion for fans of the AMC series The Killing thanks to Joel Kinnaman playing the young assassin's father, and Mireille Enos playing the CIA agent in pursuit of his daughter. With a promising cast and cinematic trailer, Hanna looks like a potential hit. Amazon is definitely aiming for the show to get the biggest audience possible by giving the series an extra push with a trailer announcing the special preview during the Super Bowl.

Hanna is following in the footsteps of another one of Amazon's hit series, Jack Ryan. As Variety pointed out, the streaming service premiered the trailer for John Krasinski's spy thriller during Super Bowl 2018, and it seems to have helped raise the show's profile since Jack Ryan Season 2 is premiering later this year.

Director of marketing for Prime Video, Mark Benson, told Variety of Hanna's upcoming Super Bowl ad, "We look at it this way: It's going to be great television, but when we present it in the Super Bowl, it has the feel of a big movie event. The ads that we run there can hold an audience captive, and hold their attention as much as a great game will."

Benson also told the publication that Hanna's preview event helps show Super Bowl viewers the kind of series that the streaming site offers. For fans of the movie who have already been anticipating the show, the 24-hour preview is just enough of a tease to keep them waiting until March to see the complete eight-episode first season, but for everyone else the ad could represent the first time the series will be put on their radar. No matter which camp you fall into, having a new TV show about a kick-butt young woman to look forward to streaming after the football season ends for another year feels like a win for everyone.