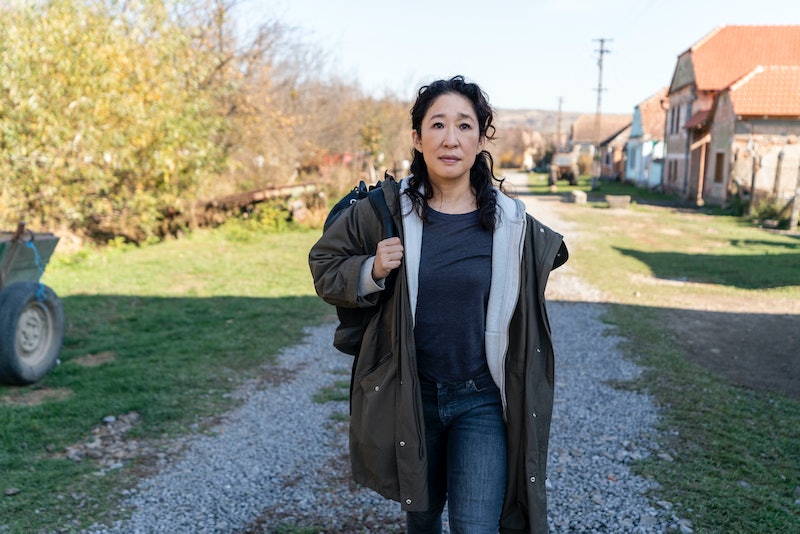 Season three of Killing Eve was announced way back in April 2019 – before the sequel series had even aired. But with the U.S. getting earlier premiere dates for the previous two seasons, us Brits have been agonising over when Killing Eve season three will start in the UK for the past year. So, what's the latest news on Villanelle and Eve?

There is excellent news for Brits: Killing Eve will air earlier than expected, starting on April 13 via BBC iPlayer, and then on Sunday nights on BBC One from April 19.A happy – and welcome – change of news agenda, considering the other TV shows impacted by the coronavirus pandemic.

The show was originally due to air in the U.S. on April 26, 2020. That date was brought forward on March 27 to April 12. The news was announced via a tweet, accompanied with previously unseen clips from the show, sending the Twittersphere into a frenzy.

The news of almost identical release dates in the U.S. and UK is unprecedented. As Cosmopolitan points out, the April release in the States follows “the pattern of previous years," but an April drop in the U.S. would slate the show to air in the UK three months later, in June, on the BBC.

The BBC had previously verified that their exclusive broadcasting rights were still in place. "It's fantastic news that there will be a third series of this award winning hit drama and we're delighted UK audiences will be able to see Killing Eve exclusively on the BBC," Director of Content Charlotte Moore said at the time.

As BBC America revealed, the next instalment of Killing Eve will see a change in writer, as was the case with the second. They've described the process as continuing "to pass the baton to a new female writing voice." Suzanne Heathcote (Fear the Walking Dead) will be penning the next series of the drama and will also serve as an executive producer for the show. BBC America President Sarah Bennett has added, "Killing Eve doesn't do anything in a templated way; we love giving the opportunity to three genius women to make their mark."

And as you can expect, Heathcote's fellow writers are as supportive as Bennett. "I'm very excited that the Killing Eve baton is being passed onto another incredible writer for season three," Waller-Bridge told BBC America. "We can sleep soundly knowing these characters are safe in Suzanne Heathcote's hilariously murderous hands." Fennell shared similar sentiments, citing that she thinks the transition of female writers "has been built into this untraditional show."

Editor’s Note: This article was updated on March 27, 2020, to include new information about Killing Eve's season three global release dates.