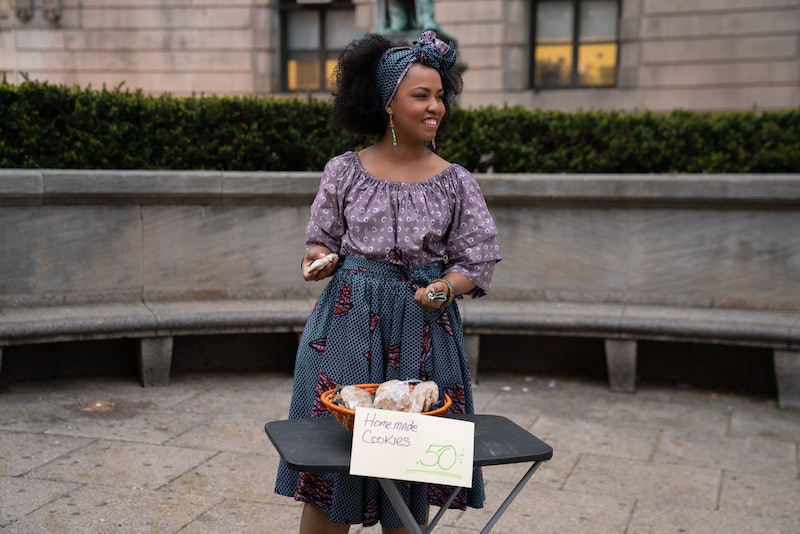 It's hard not to feel pessimistic about politics in America right now, but Lee Eisenberg, Kumail Nanjiani, and Emily Gordon’s new series Little America shines a light on what the country is at its best: a land of immigrants. Featuring eight standalone episodes based on Epic Magazine's true story series, it's a moving look at the life of the recently emigrated. The show clearly struck a chord with reviewers and executives, as Little America was renewed for Season 2 even before Season 1 premiered, though there isn't a set date yet.

Like the magazine series, every episode offers an entirely new point of view, along with a whole new cast, writer, and director. The tone varies each episode, but it's unavoidable that the show as a whole can be a tearjerker: children are separated from their parents; dreams are deferred; and each episode explores the frustrations of being treated like an outsider to some degree. Sometimes the episode's unspoken critique is about the American government, and sometimes it's about the bias and privilege of white Americans. Every single protagonist faces their individual hardships with determination though, and ultimately the show is as thought-provoking as it is inspiring.

Even before the show's premiere, critics were singing its praises. "Only in America could all these disparate stories — full of hope and disappointment, elation and agony — take place, because the entire nation was built on the idea of providing a new beginning for people who no longer felt at home elsewhere," Rolling Stone's Alan Sepinwall wrote. "Those who take a look will find a lot to love in the way these distinct yet overlapping immigrant experiences make the specific universal and the universal specific."

Indiewire's Ben Travers wrote that Little America is Apple's "first unconditionally good show," saying that "while the stories originate in the past because they’re true stories, the time periods also emphasize what current policies are costing this country."

"When a Syrian refugee is granted asylum, it’s hard not to think about the Trump administration’s immigration ban," Travers explained. "But good things can happen here — they have in the past, and they can again. Even when it avoids direct commentary on modern politics, Little America is making a clear statement."

Inkoo Kang at The Hollywood Reporter had similarly positive things to say. "None of the stories in Little America — which counts among its executive producers Master of None co-creator Alan Yang — is as powerful or as perfectly crafted as Lena Waithe's 'Thanksgiving,'" Kang said. "But a couple get mighty close, definitively making this series Apple TV+'s first great show."

The show is currently floating at a 100% fresh Rotten Tomatoes score, and with the renewal, the show will be able to tell even a wider breadth of stories in Season 2. Season 1 only covered about half of Epic Magazine's stories, and of course there's countless more tales to be told about the lives of past and present day American immigrants.

“Little America episodes are meant to evoke emotions that are as unique as each immigrant’s experience in this country,” Gordon and Nanjiani told Deadline. “We’re so happy to have the opportunity to be the conduit for these stories, and to have the chance to tell more of them in a second season with Apple.”