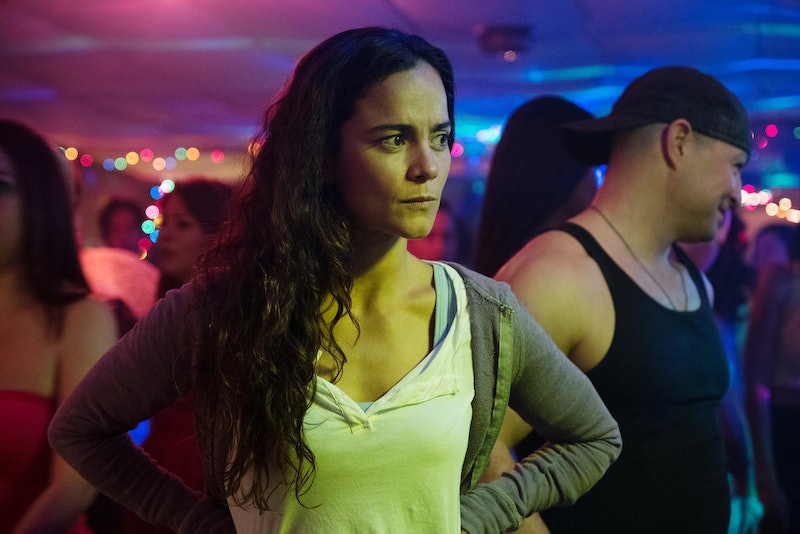 The nail-biting promo for the Aug. 31 Season 2 finale of Queen Of The South provides viewers with the blunt but chilling promise that "Someone. Will. Die." After what's bound to be a dramatic season-ending cliffhanger, fans will want to know exactly how long they'll be waiting for Queen Of The South to return for Season 3. Threatening to kill off a major character is an effective way to get people to tune into your show; but if the series should abruptly be cancelled between seasons, you also run the risk of leaving your viewers with plenty of blood but zero resolution.

Fortunately, that's not something Queen Of The South fans will have to worry about. Earlier in August, USA Network officially renewed the series for a third season, as reported by TVLine. That shouldn't exactly come as a surprise, since TVLine's report also reveals that Queen Of The South has been the highest-rated cable series on Thursday nights so far this year, winning its time slot with an average of 1.1 million viewers each week. The telenovela remake may not have the awards attention of, say, Mr. Robot (which airs on the same network); but it draws far more eyeballs than that series, which, for comparison's sake, only averaged only 0.7 million viewers during its own sophomore season last summer.

Surprise or not, the news of a renewal probably still comes as a relief to fans who have grown attached to Teresa Mendoza and her evolution into the most powerful drug lord in Mexico. So when can viewers expect to actually see the next chapter in her story his the airwaves? Both Season 1 and Season 2 debuted in mid-June, so it's reasonable to assume that the Queen Of The South Season 3 premiere will also bow in that month next year.

Besides its frank threat of death, the finale promo also teases that several characters will finally be called "to answer for their wicked deeds." Fans will have nine months to stew over the dramatic events of the Season 2 finale, safe in their knowledge that the show will return for more backstabbing, scheming, and murder in 2018.