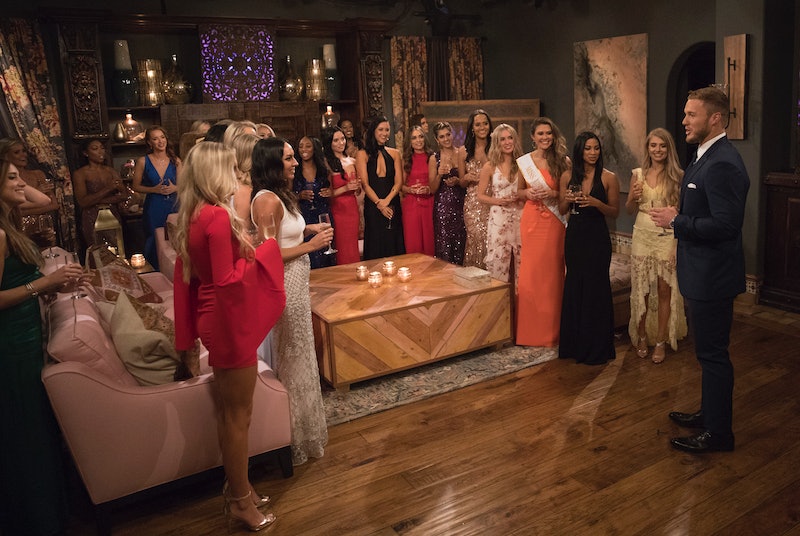 Just because BiP is coming to an end doesn't mean the end of Bachelor Nation talk this fall. Indeed, this ABC franchise seems to be in a constant state of production, the the 24th season of the original Bachelor franchise is premiering sometime in early 2020. While no specific air date has been announced, audiences can reasonably expect The Bachelor 2020 to start filming this month.

There have been rumors circling that The Bachelorette favorite Mike Johnson will be the next suitor, and he would make history as the first black Bachelor in 23 seasons. "It really does put a smile on my face," Johnson told Entertainment Weekly about the grassroots Twitter campaign, #MikeForBachelor. "It's amazing that people even consider me to be the Bachelor. That's really all I know about it. I'm just grateful, and I think that I would be a good Bachelor."

That said, the other options being thrown around have been Derek Peth, Peter Weber, and Tyler C., who appears to be taken. That means the Jupiter, Florida native is likely not the first choice, even if he is a hit with fans. "If Tyler is bouncing around from girl to girl and loving the life and enjoying the limelight — which, by the way, good on him. That's fine. If that's what you want to do right now, I don't blame him. He's probably enjoying life really, really well — but that's not someone we're going to want to have as our Bachelor or Bachelorette," Chris Harrison told Entertainment Tonight. "So, it's about sincerity. It's about where you are in your life. And if that's where he is in his life, then he's not the guy for us."

Whatever the case, the lucky guy will be announced during the Sept. 17 BiP finale and reunion and will next appear on Good Morning America on Wednesday, Sept. 18.

As for when fans can expect the OG dating show to come back, The Bachelor Season 23 began filming on Sept. 21, 2018, per Us Weekly, and premiered on Jan. 7, 2019. Given that the series tends to follow the same schedule year to year, it's likely that the cameras will start rolling as early as this weekend.

Furthermore, The Bachelor announced some potential contestants ahead of the reunion, linking to a Facebook album of 33 suitors, which include an Alexa, Alexis, and Lexi; two Laurens; and two Victorias. And since filming will likely start in a few days, these women are probably busy packing up, saying their goodbyes, and readying themselves to potentially fall in love on national television. And once their suitor is announced on ABC, fans will be able to start predicting which women he'll have chemistry with.

In addition to the Bachelor announcement, teasers for the BiP finale suggest that John Paul Jones will propose to Tayshia, JPJ will argue with Derek (again), Haley and Tahzjuan will butt heads, Caelynn will cry, and at least one couple will get engaged — if not more.

So although BiP will be fresh in people's minds when filming for The Bachelor Season 24 starts filming this Friday, the beach will be a distant memory by the time it premieres next January.

More like this
Tahzjuan Took A Cruise With These Bachelor Nation Alums After Visiting Zach's Season
By Kayla Blanton and Grace Wehniainen
Zach Addressed His "Boring Bachelor Energy" After His Group Date With Latto
By Grace Wehniainen
All The Clues Zach & Christina Are Together After 'The Bachelor'
By Grace Wehniainen
This 'Bachelor' Contestant Already Has A Lot In Common With Zach
By Grace Wehniainen
Get Even More From Bustle — Sign Up For The Newsletter
From hair trends to relationship advice, our daily newsletter has everything you need to sound like a person who’s on TikTok, even if you aren’t.