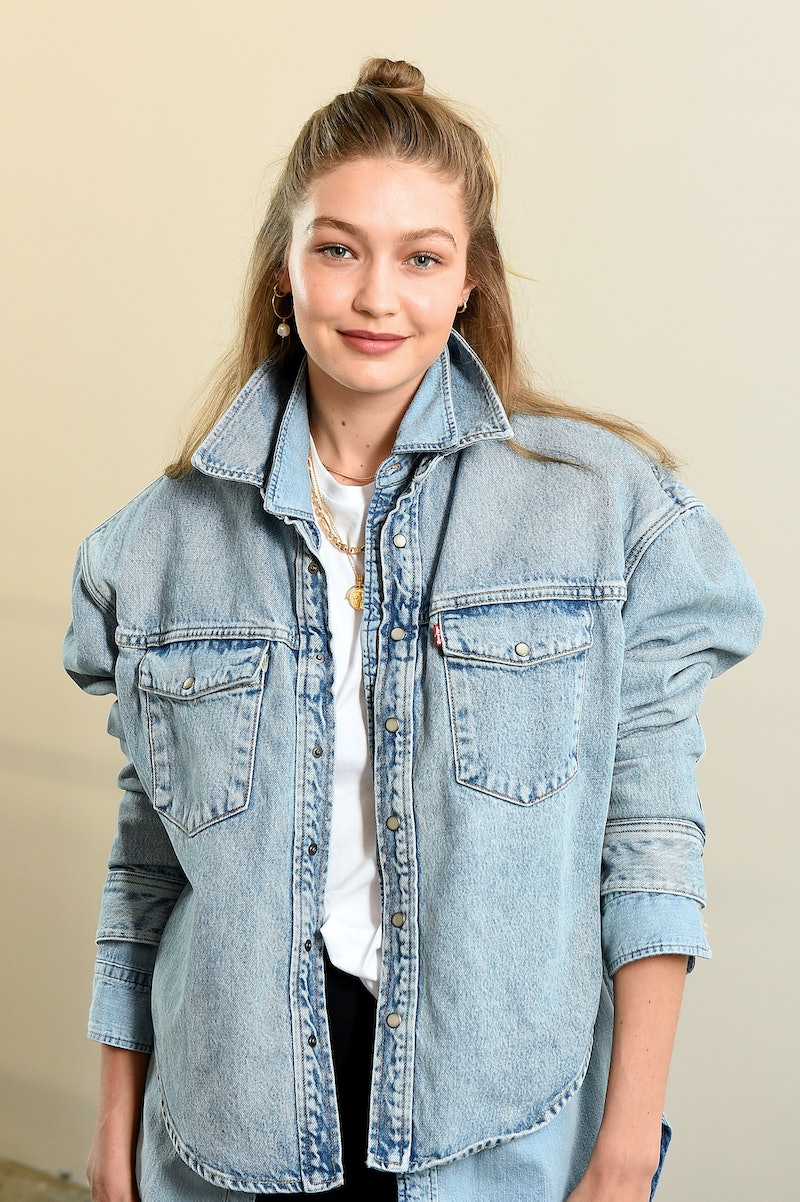 Since Hannah Brown's season of The Bachelorette came to an end, Tyler Cameron has been hanging out with a certain model, and lately, they've been spending so much time together that it's hard to deny they might actually be a real couple. As People reported, Tyler and Gigi Hadid attended the Tommy Hilfiger fashion show together as part of New York Fashion Week on Sunday, so add that to the constantly growing list of date nights they've had this summer.

Gigi and Tyler were seen and photographed on the red carpet separately, but it seems inevitable that they were there together — after all, they were in the same place at the same time, and they have been spending a lot of time with each other lately. It would be a pretty big coincidence if they just so happened to run into each other at Fashion Week, after all.

So far, no photos of Gigi and Tyler hanging out at the event have surfaced, but it makes sense, given that these two haven't exactly been forthcoming when it comes to their relationship — they've been seeing each other for at least a month at this point and it's yet to become social media official.

Besides, it's a busy week for Gigi in the first place. Earlier in the weekend, she walked in the Ralph Lauren show and filled her followers in on the honor on Instagram.

And speaking of Instagram, there's been another sign that things are getting serious between them recently. Before their Fashion Week outing, Gigi's sister, Bella, followed Tyler on Instagram on Sept. 4, less than a month after Tyler reportedly met their mom, Yolanda, while visiting their farm in Pennsylvania.

But possibly the biggest sign that Tyler and Gigi could be headed for an exclusive relationship (if they aren't in one already) happened last week. Tyler went to Gigi's grandmother's funeral in the Netherlands, which is a pretty big deal. Not only was he there for her during a difficult time, but leaving the country to support her and her family on that day really says a lot. Combined with the other dates they've been on — including a trip to upstate New York with some of Gigi's friends — and the fact that Tyler has met and spent time with her fam, there's a good chance there's more going on here than just hanging out.

As much as fans were rooting for Hannah and Tyler to get back together after The Bachelorette, it seems like both of them have moved on — and it really does look like Tyler may be committed to Gigi now. It's hard to say for sure without either of them opening up about their relationship, but how much time they've been spending together speaks volumes.

What will Tyler and Gigi's next adventure be? At this point, they've been spotted in all kinds of locations in and out of NYC, so maybe a couple-y photo on Instagram is coming in the very near future.