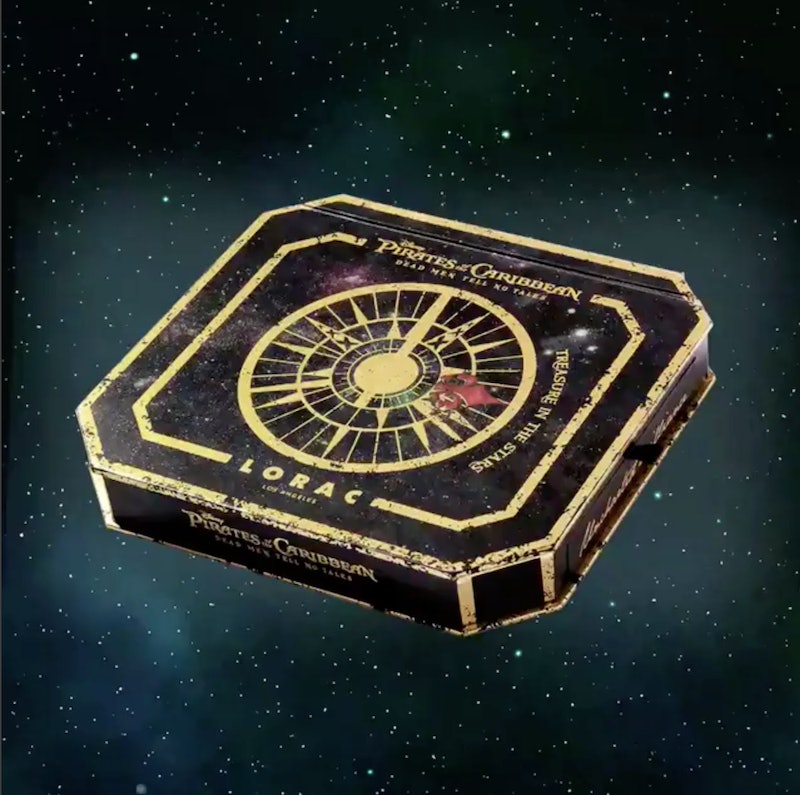 Disney announced its latest makeup collaboration, and it's definitely one for the books. So, when does the LORAC x Pirates of the Caribbean collection come out? Well, the release date has not been officially announced yet, so it's tough to say — but we can likely expect it to coincide with the premiere of Pirates of the Caribbean 5: Dead Mean Tell No Tales, which is set to hit theaters on May 26, 2017.

Hopefully, though, the new makeup collection will drop before then — as has been the case with past Disney makeup lines. MAC x Cinderella hit shelves online about a week before the film premiered, and MAC x Maleficent was in a similar boat, getting released a few weeks ahead of time, as did Urban Decay x Alice in Wonderland Through the Looking Glass (and along those lines, we can only hope there's an upcoming MAC x Beauty and the Beast line coming soon as well).

The exciting new collaboration was teased via LORAC's various social media accounts during Super Bowl LI, following the unveiling of the trailer for the upcoming Pirates movie. They revealed on Instagram that the upcoming capsule collection will be available at Ulta, as well as other beauty retailers — and that "there is much more coming soon."

Pretty darn exciting, right? The packaging is so covet-worthy, we barely even need to see what's housed inside! Though, knowing LORAC, there are some truly great finely-milled eyeshadows in there. We can likely expect some swashbuckling golds (not to mention jewel tones) to be included in the mix, and some sea-inspired aquamarines wouldn't hurt either. Burnished, antiqued mahoganies and burgundies would fit the film's aesthetic nicely as well.

LORAC's been doing some pretty awesome things lately — take for instance, their adorably-conceived California Dreaming Palette (look at those cats!).

Suffice it to say, the new LORAC x Pirates of the Caribbean collaboration is definitely something to get excited about. Here's hoping it hits shelves, stat!