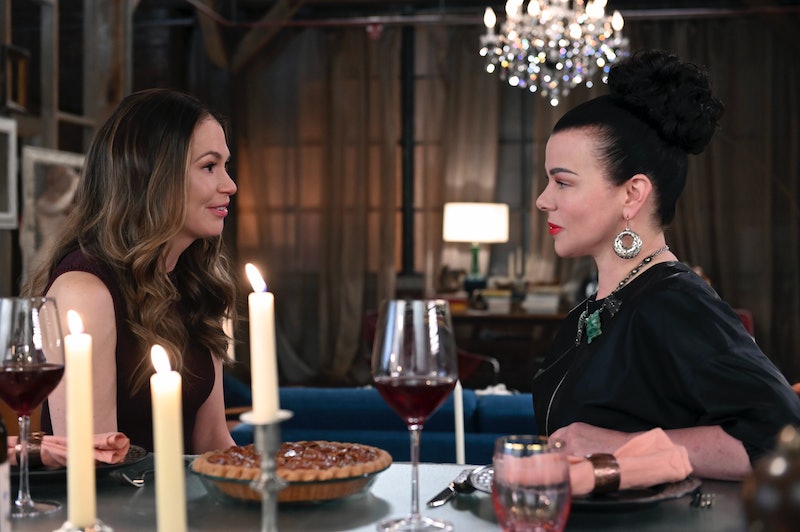 You’re only as young as you feel — at least, that’s what the whole premise has been over the course of six seasons on Younger. It’s only now, in the sixth season of the show, that the big secret has been revealed: Liza Miller is actually in her 40s, not in her late 20s as she’s presenting to the world for years. A few people here and there have known her secret, but now, the cat is fully out of the bag. As Season 6 is wrapping things up, there are definitely more than a few loose ends to tie up, too. And even if the show doesn't wrap things up in the finale, Younger is coming back for Season 7.

TV Land gracefully renewed Younger for Season 7, per Variety, making it the “longest-running original series” for the network. “Season after season, Younger has continued to reach new heights and build an incredibly loyal fan base,” Keith Cox, president of development and production, Paramount Network and TV Land, said in a statement. “

We love this talented and amazing cast and can’t wait to see what Darren [Star] has in store for Season 7.” Variety reports that the show consistently does well in the ratings, so a renewal seemed imminent.

And that's a good thing, considering that the show has to fix one more big problem right now — that of the Charles/Liza/Josh love triangle. It would have been silly, maybe, to assume that we left all that in Season 5, because Liza seemingly chose Charles back then. But this season, Liza wrote Josh a letter to tell him she couldn't be friends with him anymore, it sure seems like Liza is lying to herself.

Their relationship has been the heart of the series ever since the beginning, so it makes sense that the writers keep returning to it. Even if it does get a little tired now and again, given all of the other issues and current events that the series has tackled over six seasons.

Nico Tortorella, who plays Josh, told Playbill that one of the best things about Liza and Josh is that they are able to be friends after their relationship. “Liza and Josh have done a good job of keeping their friendship really strong and being there for each other,” he said. “Their relationship isn’t dependent on them having sex. I think that’s something that needs to be celebrated in all relationship, especially on television.”

Sutton Foster, who plays Liza, may have hinted at this relationship reprisal in a TV Guide interview at the beginning of Season 6. "I don't think [Liza and Josh] can let each other go," Foster said. "There's something, they have a connection that runs deep. She loves Charles and is in a relationship with him, but she will always love Josh."

Josh or Charles? Charles or Josh? Liza has some big decisions to make on Younger (because you know we haven't seen the last of it). But at least one big decision has been made — Younger will be back for Season 7.