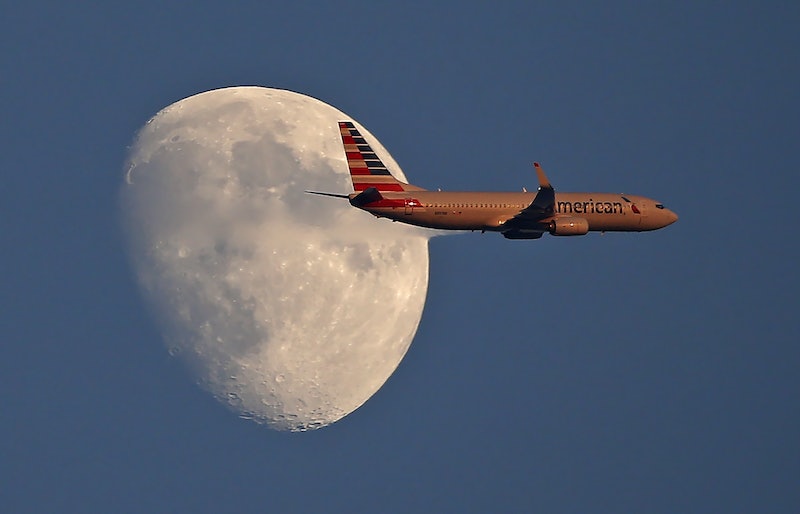 There's nothing quite like the thrill of finding an outrageously cheap flight and deciding to book on impulse. Embracing spontaneity and that ~carpe diem~ lifestyle is like, the best feeling ever — and if you're a travel junkie, then you definitely know what I mean. Every once in a while, us rabid deal-hunters get lucky and find a total score of a ticket for some faraway destination priced way below average. But when is a flight deal too good to be true? Sometimes an airline's low ticket price is a true lucky steal — but other times, there may be some hidden disadvantages that explain why you're paying less than you'd expect, and it's important to be prepared for the potential pitfalls before going forth with your purchase.

Whether you're buying a ticket from a bare bones airline, trying to make a standby ticket work, or just happen to come across a super low fare that requires you to scrape your jaw off the floor before completing your impromptu purchase, here's what every traveler should know about too-good-to-be-true cheap flights before taking the bait.

Many travelers take for granted being able to bring a free carry-on bag onto their flight in addition to a personal item, and expect to receive their requisite complimentary beverage (Bloody Mary mix forever!) and be able to recline their seat that measly but beloved few inches once takeoff is complete. But often, discounted ticket prices from "bare bones" airlines come at the expense of perks like these, which many regular-priced airlines build in to the cost of your ticket automatically. Lower-cost airlines (like Spirit or Frontier, for example) are known for offering super affordable flight tickets. They're cheaper, yes, but be aware that you'll generally have to pay extra to bring a carry-on bag, reserve a seat with legroom, or expect a beverage or snack during your flight, as none of these typical perks are included in the ticket's low cost.

Personal anecdote time: A few years back, I flew to Chicago and ended up having a terrible cold during my flight, which was on a notoriously bare-boned airline with cheap fares. I'm no first-class flyer, but lemme tell ya, traveling while ill on that airline was très misérable. I spent the entirety of the 4+ hour flight sitting at a 90 degree angle, had zero personal space around my tiny seat, and also had to deal with the headache of checking a bag, even though all I'd brought with me was my usual small carry-on suitcase. Under normal circumstances, a flight like this is doable if you're down to make those sacrifices (or pay extra fees for the bonuses you want), as the fares are admittedly very cheap. But if you're looking for comfort or rely on that free carry-on bag or extra leg room while traveling, you might be better off purchasing a regular priced ticket on an all-inclusive airline.

My sister was a flight attendant for about a year back in 2017, and because of it, I got to fly on standby for very cheap during that time, which was often wonderful. But you don't need a family member in the biz to take advantage of the perks of standby, although that's how many people do so — people take advantage of standby policies all the time by purchasing cheap or last-minute tickets and switching up their flights via standby.

Sometimes flying standby was great. But other times, the stress and delays that resulted from my having a standby ticket were straight-up not worth the money saved. The worst case happened while trying to fly back to California from New York. I ended up being at the airport for twelve agonizing hours (sprinkled with several public sobbing sessions, of course) because the flights I was attempting to get onto continually filled up with ticketed passengers due to other flights being canceled. I ended up having to re-book my flight completely, after which I was at the airport for another 4 hours before actually getting on a flight. I also had to deal with the headache of filing for a refund after having to re-book a completely new ticket. At that point, I would have rather just purchased the full priced ticket to begin with and been home already.

That said, if you've got the patience of a saint, no specific deadlines for having to arrive anywhere, and are able to familiarize yourself with the standby rules for each airline, then it can be a good deal. But if you need to arrive somewhere at a specific time (or even on a specific day) or you don't think the chance of waiting in an airport for twelve hours is worth the discount, stick with a regular-priced ticket and guarantee your arrival.

Prices Could Be Listed In Error

As we know, nobody's perfect — and this includes computers and individuals who list airfares online. Being aware of the existence of "error fares" — or outrageously cheap flights that have been listed by mistake and not yet corrected by the airline — are sort of a trade secret amongst cheap flight junkies. There are even apps and websites that can help you track cheap flights, and often they're the first to catch the elusive error fares — and if you're lucky enough to catch one, you could easily book a dream vacation at a fraction of the expected cost. Here's the issue: While many airlines do honor the price of tickets purchased due to an error fare, there have certainly been cases where they haven't. For example, in Feb. 2018, Air New Zealand reportedly listed round trip tickets to New Zealand at approximately 10 percent of their actual value by sheer mistake. Many people purchased tickets — some apparently for as cheap as $100 — but the airline did not honor the tickets after discovering their error, and reportedly issued refunds to anyone who bought a ticket at the mistakenly discounted cost.

If you are willing to take your chances on purchasing a ticket that's potentially listed at an error fare, it's advised that you do so through the airline's website directly, as that reportedly heightens the chances that they'll honor the price. And of course, don't start making additional travel arrangements until you've been issued a seat and a ticket officially, as there's always the possibility that the airline will require a full payment or issue a refund once the error is discovered.

More like this
Craving The Beach? Here's Your Guide To A Solo Vacation In Turks & Caicos
By Alexis Morillo
Black Women's Equal Pay Day Highlights An Upsetting Problem
By Brandi Neal
Amazon Keeps Selling Out Of These Cheap Things That Make Your Home So Much Nicer
By Allison Bolt
Amazon Reviewers Are Obsessed With These 40 Sexy Things That Are So Cheap
By Andrea Gale Boerem and Alexa Vazquez
Get Even More From Bustle — Sign Up For The Newsletter