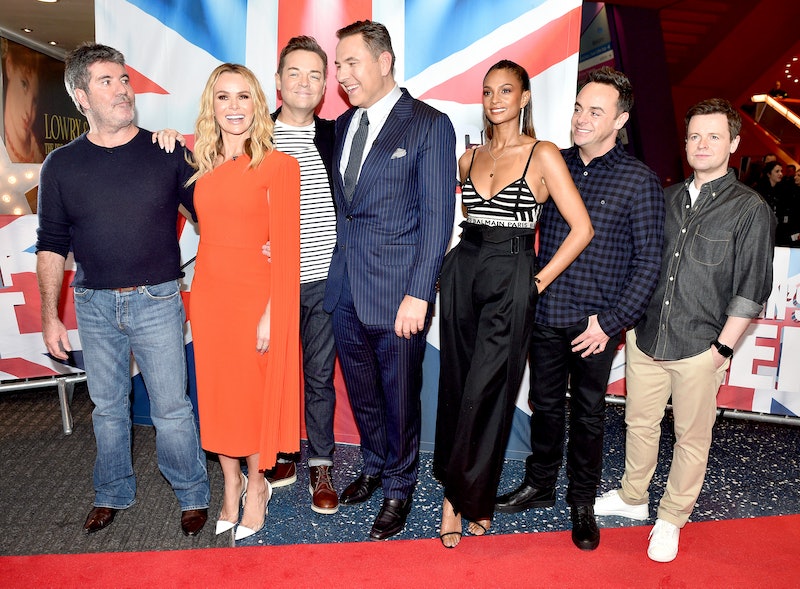 Susan Boyle. Diversity. Ashleigh and Pudsey. Britain's Got Talent really has given us some of the best entertainment on British TV over the past decade or so. So everyone wants to know when will Britains Got Talent be back on TV for it's 2019 rendition? Luckily, it looks like the wait won't be that much longer. The new series of the hilarious talent show will be back on ITV on Saturday April 6. And I'm sure we can expect some dancing, magic tricks, dodgy comedy, and even more singing kids on Britain's biggest talent competition.

By the looks of things, Britain's Got Talent will be back with music mogul Simon Cowell judging alongside funny man David Walliams, presenter and previous Strictly winner Alesha Dixon, and showbiz star Amanda Holden. This will be the eighth year the four judges have been on the show together. And it seems that the ultimate TV duo Declan Donnelly and Anthony McPartlin will be reunited once again. I can't wait!

The feel-good Saturday night show has discovered some unforgettable stars over the last 12 years, including dancing troupe Diversity, who won the 3rd series, Scottish singer Susan Boyle, and who can forget the dog with all the tricks Pudsey and his owner Ashley. And last year, Lee Ridley, also known as Lost Voice Guy, took home the crown and the £250,000 prize money.

David Walliams posted a pic to his Instagram of the judges and hosts together again, and Ant and Dec's official Instagram account also shared the glam photoshoot, which featured the pair in fancy tuxedos and conducting batons. The caption read: "Ever felt really overdressed!? Here we go again." It's great to see the pair back in action.

Last year, Dec presented Britain's got talent by himself after Ant took some much needed time off for recovery in 2018. Speaking in a statement released on their website, McPartlin said:

"My recovery is going very well and for that to continue having spoken to Dec and ITV, I have made the decision to take the rest of the year off. I’d like to thank both Dec and ITV for their continued support and I look forward to getting back to work in the new year."

"So we’ve now got AGT and we’ve got AGT Champions ... That was a very good change so there will be a BGT Champions. We are 100 percent not resting on our laurels."

Saturday nights in are about to get a whole lot more exciting, so make sure to tune in to ITV on April 6.