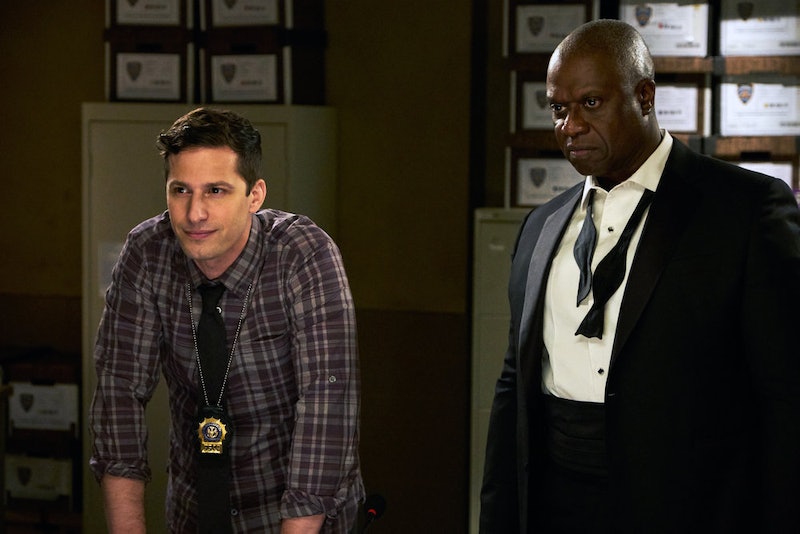 The hit U.S. sitcom Brooklyn Nine-Nine has hit the headlines recently due to being sensationally revived by the American network NBC after a shock cancellation. UK fans of the police themed comedy can currently enjoy the show on E4, but when is Brooklyn Nine-Nine coming to Netflix UK?

The first four seasons of the hilarious show are already available to watch on the streaming service. However, the fifth season of the Andy Samberg led-comedy is currently nowhere to be found, but fear not, because according to the Independent, Brooklyn Nine-Nine will be coming to Netflix UK on March 8, 2019.

In an unusual announcement, Netflix got a fan of the U.S. show called Darcy to reveal the exciting news on Twitter. The fan had reportedly tweeted Netflix every day for the previous few months, begging for information regarding the fifth season's debut on the platform. The Twitter announcement read: "Clear your schedule because Brooklyn Nine-Nine season 5 is coming to @NetflixUK on March 8th. very noice." The official Netflix UK account then quoted the tweet, and added "Darcy has been asking when b99 s5 is coming basically every day for the last few months, so we decided to let her give you the good news."

As previously reported, Nine Nine was recently saved by American television broadcaster NBC, after being cancelled by the show's original broadcaster FOX in early 2018. Initially, viewers of the show were confused by the cancellation due to its popularity among fans, however, Dana Walden, the Chairmen and CEO of Fox Television Group revealed the reasons behind the decision. As reported by Entertainment Weekly, she said "It was based on a variety of factors. We love this show, those are great creators, it’s a phenomenal cast. We ordered it throughout five seasons. It’s a great length of time for a single-camera comedy," and added "Ultimately we felt like we didn’t have the exact right place to schedule it this year. It performed best in our Sunday night lineup. We wanted to give Bob’s Burgers an opportunity to have a plum time period and really grow. It really limited the opportunities to schedule Brooklyn."

The shock news caused something of a social media storm with disgruntled viewers expressing their disbelief. And thankfully, prayers of the diehard fans were quickly answered, when NBC swooped in and saved the day. According to the Independent, NBC's Entertainment's Chairman, Robert Greenblatt, has spoken about his network's decision to pick up the popular comedy. He said: "Ever since we sold this show to Fox I've regretted letting it get away, and it's high time it came back to its rightful home."

The sixth season of Brooklyn Nine-Nine makes its glorious debut on NBC this week (Jan. 10), and U.S. viewers can expect to enjoy a slightly different version of their beloved show on the network - as there will be no bleeping of offensive language. How very exciting. And when commenting on this new addition to the series, the show's lead star Andy Samberg told E! News "We've got a couple of bleeps already going, and I gotta tell you, it feels real good."