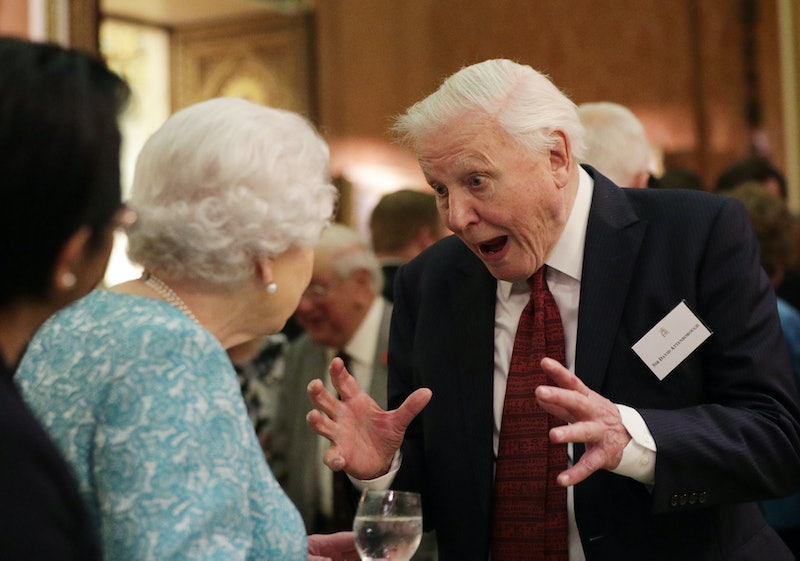 You would have to search far and wide on the British Isles to find a film maker as well known, well respected, and well loved as Sir David Attenborough. He is straight up a national treasure. The ground breaking documentary film maker has taken audiences to the depths of the ocean and into the wild to give us a greater insight into the world that we live in. Not only is he an epic documentarian, he is also one of the leading voices campaigning for climate change awareness. His new documentary combines the two. So, when is David Attenborough's climate change documentary out?

The environment has always been a central theme of Attenborough’s films. Blue Plant II was one of the driving forces behind making people aware of what plastic is really doing to our oceans and earth. His next documentary explores what will happen if global warming and CO2 emissions to continue to accelerate.

Climate Change: The Facts will be a one off hour film on BBC One narrated by Attenborough. While he may have the smoothest voice in the business, the topics covered in the documentary are anything but relaxing. Speaking to leading climatologists and meteorologists he will explain the reasoning behind the recent unusual weather around the globe and what will happen if nothing is done to slow down climate change. As of yet, a live date is unconfirmed, however, the BBC reported that the film will be airing in spring 2019. So it looks like you don’t have long until your next dose of Attenborough. I reached out to a representative at BBC to see if there is any further update, and will update this post if I hear back.

In a statement, the BBC revealed that Climate Change: The Facts will speak to scientists to unpack the reason behind extreme weather, like hurricanes, storms, and wildfires. Additionally, Attenborough will explore how to deal with the rate that the world’s ice is melting and sea levels are rising. In a statement, Sir David Attenborough said:

“In the 20 years since I first started talking about the impact of climate change on our world, conditions have changed far faster than I ever imagined. It may sound frightening but the scientific evidence is that if we have not taken dramatic action within the next decade we could face irreversible damage to the natural world and the collapse of our societies. We're running out of time but there's still hope… I believe that if we better understand the threat we face, the more likely it is that we can avoid such a catastrophic future.”

While Attenborough has warned that the damage that humans have done to the planet is now irreversible he will also look into the innovators who are looking into potential solutions to prevent further global warming. He will speak to the individuals who are making big changes on a grassroots levels.

Head of Commissioning for Natural History and Specialist Factual programming Tom McDonald said in a statement:

“This is an urgent, important and timely film which lays out in detail the impact that climate change is having on our planet. This documentary continues our commitment to telling the most significant environmental stories and reflecting the speed at which our world is changing.”

Climate Change: The Facts is an extension of Attenborough’s commitment, as a broadcaster and film maker, to highlight what the lifestyle choices we make at home can do to the world as a whole. I will never forget how shocking and devastating the images of the plastic in the ocean were at the end of Blue Planet II. Attenborough is not afraid to use his platform to educate and put his name to an incredibly important cause, so it's important to listen.