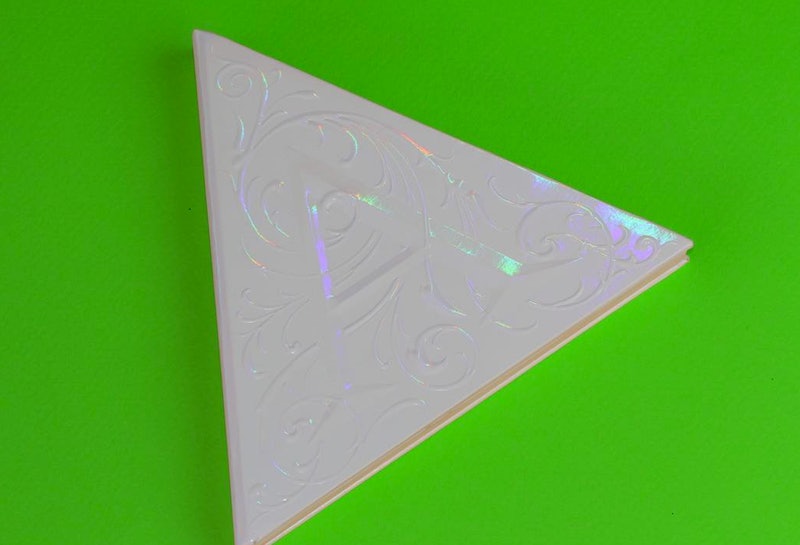 There's an update on Kat Von D's transformative Alchemist palette. The palette, which features four powerful powders that can add depth, dimension, and difference to other products for eyes, lips, and the face, has been out of stock. The Kat Von D Alchemist Holographic Palette is triangular and white, so the packaging is aesthetically different than most of KVD products, which live in matte, black cases. But since this product has the power to change those with which it is paired, it demands unique packaging. When is the Kat Von D Alchemist palette restocking?

Well, according to a post on the Kat Von D Beauty Instagram, the palette will be back later this month. The brand did not point to an exact date, but at least we have a window and it's soon. You should expect to see it in the next three weeks, since that's all that's left in February.

The brand recommends going to the Sephora site and signing up for an email alert so you can be notified when the product is restocked. This is one you do not want to miss, since it's been somewhat hard to get and it's hardly an ordinary makeup product.

Below is the Insta post confirming the upcoming restock.

The Alchemist palette is a hit. It allows you to be a makeup sorceress and help other products morph into something else.

You can wear the shades on bare skin, as eyeshadows or as highlighters if you choose.

Look! It's makeup magic. Here's how the Alchemists transform darker hues. Whoa, right? That's likely one of the reasons that the palette sold out. It really has the ability to change transform products you already own. You get more out of your regular repertoire of products by pairing them with The Alchemist.