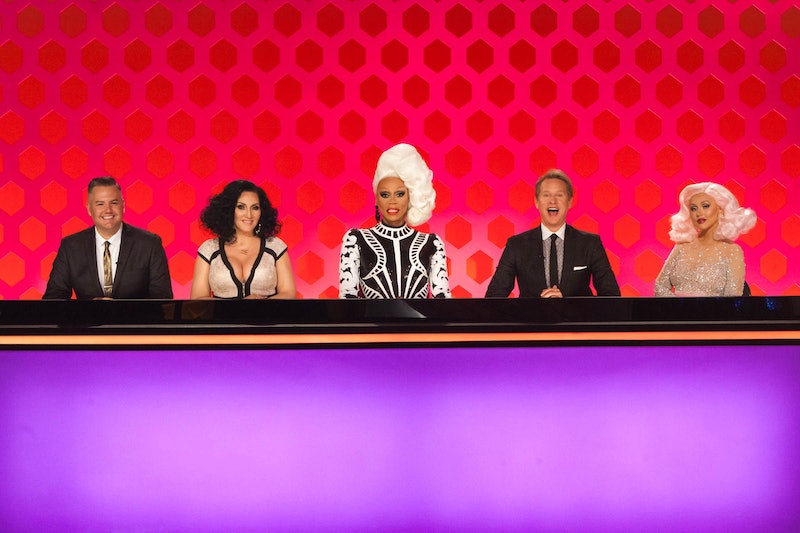 Who would snatch the crown to win Season 10? Would it be the New York City glamazon? The self-proclaimed Elephant Queen? The nurturing mother of the workroom? Or the quiet lip sync assassin? And when is RuPaul's Drag Race Season 11, anyway? These were the important questions on everyone's mind going into the final episode of the reality show's decade-marking season, where the only matter more pressing than who will win is how long fans will have to wait for more.

Some of those questions have since been answered, as Aquaria won Season 10 of RuPaul's Drag Race after a history-making three-way lip sync battle. But the answer to that last question is both relatively clear and not as straightforward as you might think. Earlier this month, per The Hollywood Reporter, Drag Race was renewed for Season 11 — so fans can at least worry about when, not if. It wasn't long before it was announced that the show is now casting for Season 11, but it will still be a bit of a wait before the new episodes hit the airwaves.

Drag Race has been fairly consistent in its premiere dates lately, making it easy to predict when it will return; while the show used to bow in January or February, it has since started debuting a little later in the year, with the past four seasons in a row all premiering in March. That consistency remained even across the show's transition from Logo to VH1, so there's no reason to expect it to change for the upcoming 11th season.

"But March is nine months from now!" you might be thinking. And while it's true that you'll likely have to wait that long for Season 11, you probably won't have to wait that long for more Drag Race… and that's thanks to All Stars. The Hall of Fame spinoff has never aired with any sort of regularity before, so it's been hard to predict when the next iteration will debut. All Stars Season 1 aired all the way back in the fall of 2012, and Season 2 didn't materialize until a full four years later, in the fall of 2016.

Season 3 quickened the pace, coming out about 18 months after Season 2, in January of 2018 — and it was a rousing success. According to Show Buzz Daily, All Stars 2, simulcast on both Logo and VH1, attracted an average of 500,000 viewers per episode across both networks. All Stars 3 (which was broadcast exclusively on VH1 after Drag Race's full-time move to that network) went up 50 percent, averaging 750,000 viewers per episode. Those numbers made All Stars 3 the highest-rated cable program in its time slot, according to Entertainment Weekly, as well as the highest-rated iteration of Drag Race ever.

(Of course, none of those official ratings even take into account the sheer number of fans who watch the show en masse at their local gay bar's weekly viewing party.)

So while All Stars has never followed a regular schedule, it's reasonable to assume based on those ratings that VH1 will want to get the next installment out ASAP. At this point, it would be a surprise if All Stars didn't become a yearly occurrence, premiering in January each year and leading directly up to the March premiere of the next season of Drag Race. Rumor has it that All Stars 4 has already finished casting and has officially entered production.

Heck, if they get production wrapped quickly enough, it's conceivable that All Stars 4 could even premiere in the fall of this year, rather than waiting until January 2019. Three different Drag Race seasons in one year? That would be the ultimate wig-snatching move from the recently crowned, two-years-running Emmy-winning Outstanding Host herself, Mama Ru.