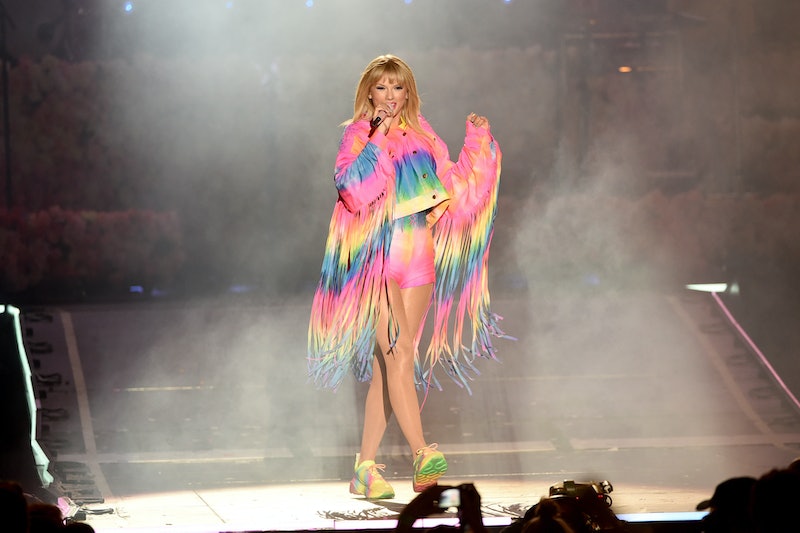 Taylor Swift may have taken a short break from the music scene before exploding back into our lives with "ME!" in April 2019 but the uber pop star is no stranger to breaking records or headlines. She has started to drop singles from her upcoming album Lover, and fans can hardly wait to see what she has been working on. There's no doubt that you will be able to pick up some seriously cool merch for Swifts new album but she has something else in the pipeline too. So, when is Taylor Swift's Stella McCartney collection out in the UK? The singer revealed she would be collaborating with McCartney on a collection that promises to be high fashion and incredibly cute.

Update: A rep from Stella McCartney has got in touch to say that there is no official information available at this time, but they will update me when there is. Watch this space.

Previously: In an Instagram live video from June 14, Swift revealed to her 118 million followers that her and McCartney would be collaborating. In the vid, the singer said: "[McCartney's] been a friend for a really long time, and also just a woman I respect so much. I respect what she creates, how she creates it. There’s so much whimsy and imagination and romance to the clothing that she designs, and I’ve worn a lot of her stuff recently." She went on:

"She’s heard the new album, and this new collaboration is inspired by the Lover album. I’m so excited about that, and really excited that she would want to collaborate in this way."

While new music from Swift would be enough to get fans excited the collaboration is set to be a celebration of Lover and will be released on the same day, on Aug. 23, according to Stylist.

I reached out to a representative at Stella McCartney to establish when you will be able to get your hands on this dreamy collab in the UK. I am yet to hear back but will be sure to update this when I do.

Swift is no stranger to teasing fans with hints and clues as to what she has been up to. Teen Vogue highlighted that she has been spotted for months wearing some seriously gorgeous McCartney creations. During her performance at Wango Tango Swift wore a pair of McCartney rainbow, airbrushed trainers that will be essential for anyone heading to Pride this summer. In February she attended the BAFTAs with Joe Alwyn wearing the dreamiest blue dress, again designed by McCartney. Was Swift hinting to us all along that a very exciting project with McCartney was coming?

It would seem like this collaboration makes total sense. Swift is at the top of her game and already appears to love McCartneys designs and, as far as British designers go, McCartney is a pioneer for sustainable fashion. She doesn’t use leather or fur in any of her designs and her fashion house is leading the way into looking at new materials and methods to create the same beautiful designs without compromising the environment or their workers.

One of the most successful women in music teaming up with the coolest British designer? I literally cannot wait.