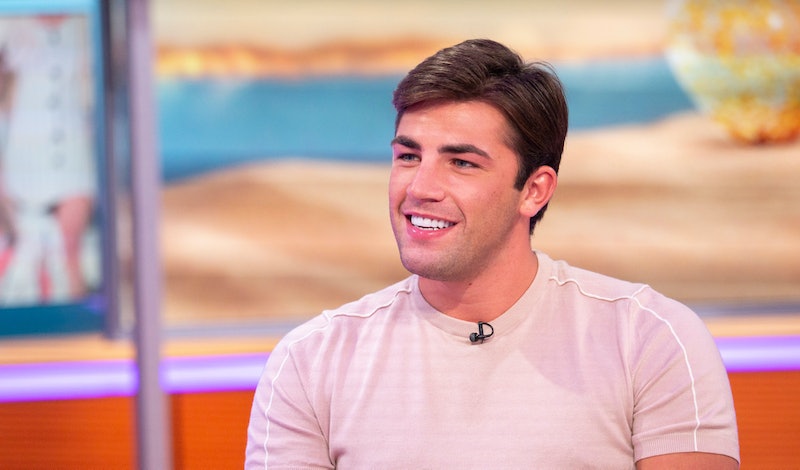 Whether you want them to leave their hat on or not — y'all, it's not happening. They are not leaving anything on, because nothing in this world says "let's beat cancer" like a load of celebs taking all of their clothes off in a choreographed routine, leaving them as naked as the day they were born. I know right? It's about to be lit. So, if nudity is your idea of true entertainment, I'll bet you are wondering: when is The All New Monty 2019 on?

The show, which will have both a male and a female instalment, will come in two 90-minute parts. Ah, wonderful. So when do we get see these male and female parts then? ...I mean parts of the show! Get your mind out the gutter.

Sadly a release date has yet to be announced by the creators of the show, ITV. However, last year it was in March, the Radio Times reports, so if that is anything to go by, there shouldn't be too long before we get to see this season's chosen celebs in the buff.

So what is this all in aid of? Well, The All New Monty aims to raise awareness of cancers in more intimate areas of the body. In the male show, the stars will be bigging up the importance of regular checks for testicular and prostate cancer, while the women will be disrobing in order to bring attention to breast cancer, and to hopefully encourage women to keep up to date with their cervical smear tests.

Initially, only the male line up was announced. Love Island fans' jaws must have hit the floor quicker than a pair of boxers when they heard that winner Jack Fincham was top of the bill in this year's nude extravaganza. Joining him are comedian Joe Pasquale, legendary snooker player Willie Thorne, Crimewatch’s Rav Wilding, Strictly star Gorka Marquez, footballer Jason Cundy, Emmerdale star Kelvin Fletcher, and, last but not least, Gemma Collins' partner on Dancing On Ice, Matt Evers.

The mens' team will once again be led by kick-ass choreographer Ashley Banjo and star of Pointless Alexander Armstrong.

The female line up was announced later, with more good news for Love Island fans, as Megan Barton Hanson made an appearance in the line up. Joining her is Benidorm actress Crissy Rock, tennis player Martina Navratilova, Eastenders star Laurie Brett, TOWIE star Danielle Armstrong, and last but not least the Lisa Maffia from So Solid Crew.

The gals team will be headed up by Colleen Nolan and Victoria Derbyshire. The cause is particularly close to Derbyshire's heart, as she publicly battled cancer in 2017, and to Nolan's, who sadly lost her sister Bernie to the disease.

Maffia posted a picture of her brand new girl gang, and her caption will give you all the feels:

"I believe in fate, and I truly believe meeting these girls have changed my life because each and every one of them have touched my heart. Thank you for such a great experience. I love you all and I really hope we all stay in touch for the rest of my life."

Good on these celebs for being part of a show that is a little different and super fun, all in aid of a very important cause.

More like this
Talking About Mental Health In Sport Is Crucial, Says England Legend Karen Carney
By Sam Ramsden
Ekin-Su & Davide’s Next Move Is Confirmed & Involves *A Lot* Of Travel
By El Hunt
Sean Bean’s Wife Starred In Your Favourite Childhood Show
By Sophie McEvoy
Nicola Walker’s IRL Husband Is No Stranger To TV Screens
By Darshita Goyal
Get The Very Best Of Bustle/UK