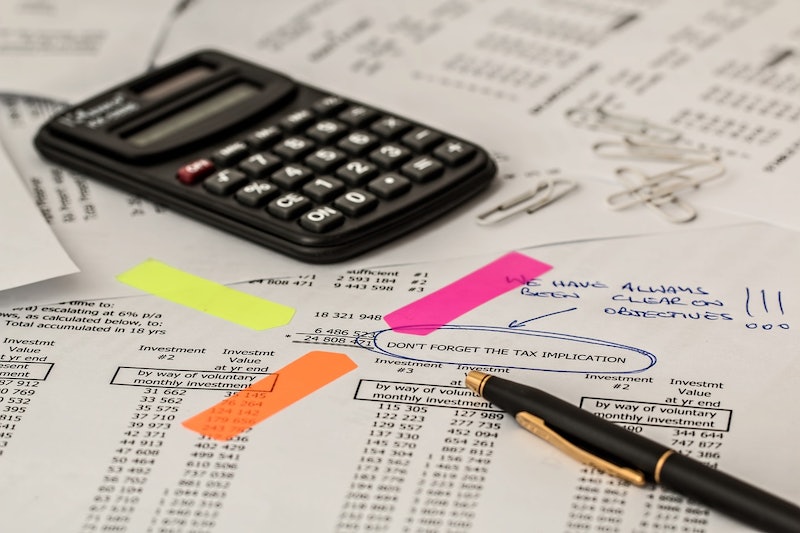 We're knee-deep in tax season, arguably the worst season of all the seasons, and all of the Last-Minute Louies out there are probably asking the same question: When is the latest you can file your taxes for 2017? You'll be glad to know that this year, you get a few extra days. According to the IRS, while the traditional deadline is April 15, the deadline to file your 2016 tax returns is April 18, 2017.

This year, April 15 is a Saturday, which would typically mean that the deadline moves up to the following Monday, April 17. However, this year, that Monday is Emancipation Day, which is a legal holiday in the District of Columbia — and legal holidays in DC change the due date for everyone in the country. Therefore, the deadline to file your taxes is moved again to the very next day: Tuesday, April 18. So, if you haven't gotten your act together quite yet, the IRS is throwing you a little bone. Don't waste it!

Americans like to live dangerously. At least, that's what we can take away from last year's statistics, which show that 21.5 million Americans waited until the very last week to submit their tax returns. Even more interesting is how much lower that number was just a week prior — roughly 12 million. Fully aware that Tax Day was right around the corner, millions of Americans said, "Nah."

Another seven million United States citizens fail to file their tax return every year all together — according to a 2014 statistic. A 2011 study of 2006 returns from the IRS revealed that due to non-filing, the government loses about $28 billion each year.

While not being able to pay your taxes won't get you criminally penalized, said Syracuse University accounting practice professor John Petosa to TheStreet in 2016, filing late and not filing at all certainly come with consequences. If you fail to file without asking for an extension, you could owe an additional five percent of your unpaid taxes every month, up to 25 percent. Criminal prosecution is another story. The chances of this happening for the average joe are small; but other groups are targeted — like politicians, tax protestors, and high-income individuals.

Tax season is a real pain in the can; what's more, depending on your financial and professional situation, it can be a blow to your bank account, too. But it's like ripping off a bandage: It's better to just do it and get it over with.

Save yourself a lot of time, energy, and money and get those returns in.

More like this
5 Crystals To Manifest More Money
By Megan McCarty
How To Protect Your Digital Privacy If You Need An Abortion Post Roe v. Wade
By Kaitlyn Wylde
What Is Barack Obama’s Net Worth? He Makes *Way* More Now As An Ex-President
By Hugh McIntyre
What Is “Jello Skin”? The Latest Viral Trend To Know About
By Tomi Otekunrin
Get Even More From Bustle — Sign Up For The Newsletter