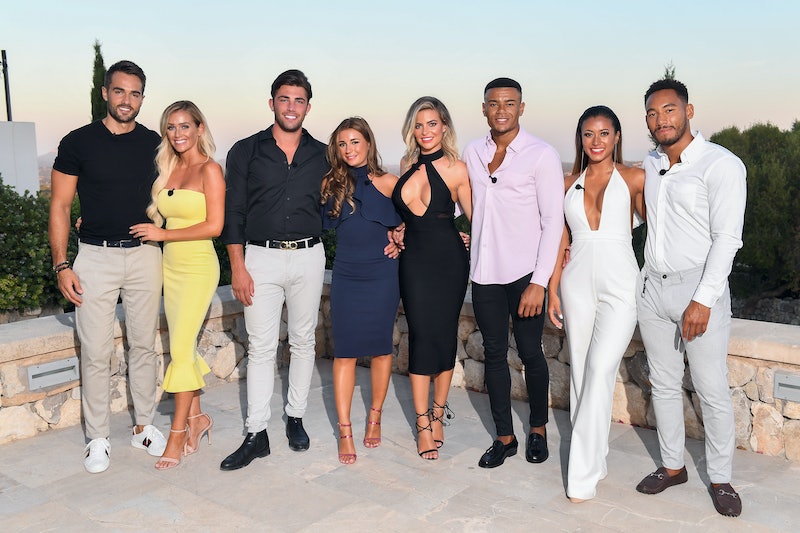 Talk of Love Island's festive reunion has been ongoing for weeks, but now a date has been set and everyone's ready to sit down with a mug of hot chocolate and watch all of the drama unfold. So when exactly is the Love Island Christmas special and what can you expect from the explosive episode?

The one-off show, which is officially titled Love Island: The Christmas Reunion, will air on ITV2 on Monday, December 17. Caroline Flack will return to host and the brilliant Iain Stirling will also be reprising his narrating role. A whopping 19 of this year's islanders will be making a comeback to your TV screen, including the winners and plenty of the nation's favourite faces.

The official line-up includes winners Dani Dyer and Jack Fincham and finalists Megan Barton-Hanson, Wes Nelson, Laura Anderson, Paul Knops, and Kaz Crossley. (Unfortunately, Josh Denzel was working in America at the time of filming so won't be appearing alongside his girlfriend.)

You can also expect to watch awkward conversations between several islanders who split shortly after leaving the show. Georgia Steel, Sam Bird, Ellie Brown, and Charlie Brake (along with Laura and Paul, of course) will be discussing what it's been like to break up in the spotlight.

Samira Mighty, Alex George, Alexandra Crane, Eyal Booker, Adam Collard, Zara McDermott, Hayley Hughes, and Kendall Rae Knight are the last names to be confirmed. You've probably noticed that Jack Fowler and Laura Crane (who have also split), Rosie Williams, Frankie Foster, and Niall Aslam will not be returning. It's still unclear why those five names decided not to accept the reunion offer, but I'm sure we'll find out more when the episode airs.

According to the Daily Mail, the episode is set in a large country house on the outskirts of London and was filmed over the course of two days. And according to The Sun, viewers can expect some fireworks from Georgia Steel and Sam Bird. The former couple, who split in October with Steel facing cheating allegations, were reportedly far from amicable during filming.

"Georgia made a late entrance at the mansion where the show was being filmed — with producers introducing her as the ‘bombshell’ arrival," a source told the paper. "The big moment was Georgia coming face-to-face with Sam again properly after he exposed her of betraying him and being a disloyal girlfriend."

The source added that Georgia "denied being unfaithful on camera", even though Sam "pushed her to own up to her wrongdoings in front of Caroline and the other islanders", and accused Sam of making her feel "miserable when they were together". I have reached out to Georgia and Sam's representatives for comment.

There was also reportedly a bit of an "awkward" atmosphere between Laura and Paul who decided to part ways in September. The 29-year-old air hostess told the Daily Mail that she was "apprehensive" about seeing Paul again. "The idea of the show is lovely but the idea of spending two days in a house with your ex is not really what you want to be doing at Christmas time so I was quite apprehensive for my own situation with Paul and for a couple of the other islanders that have broken up," she told the paper.

However, she admitted that the experience "wasn't as bad as [she] thought", adding: "It was quite nice. We had an awkward chat but it turned out to be a nice little happy ending."

Love Island: The Christmas Reunion will air on December 17 on ITV2 at 9 p.m.

This article was originally published on Dec. 5, 2018