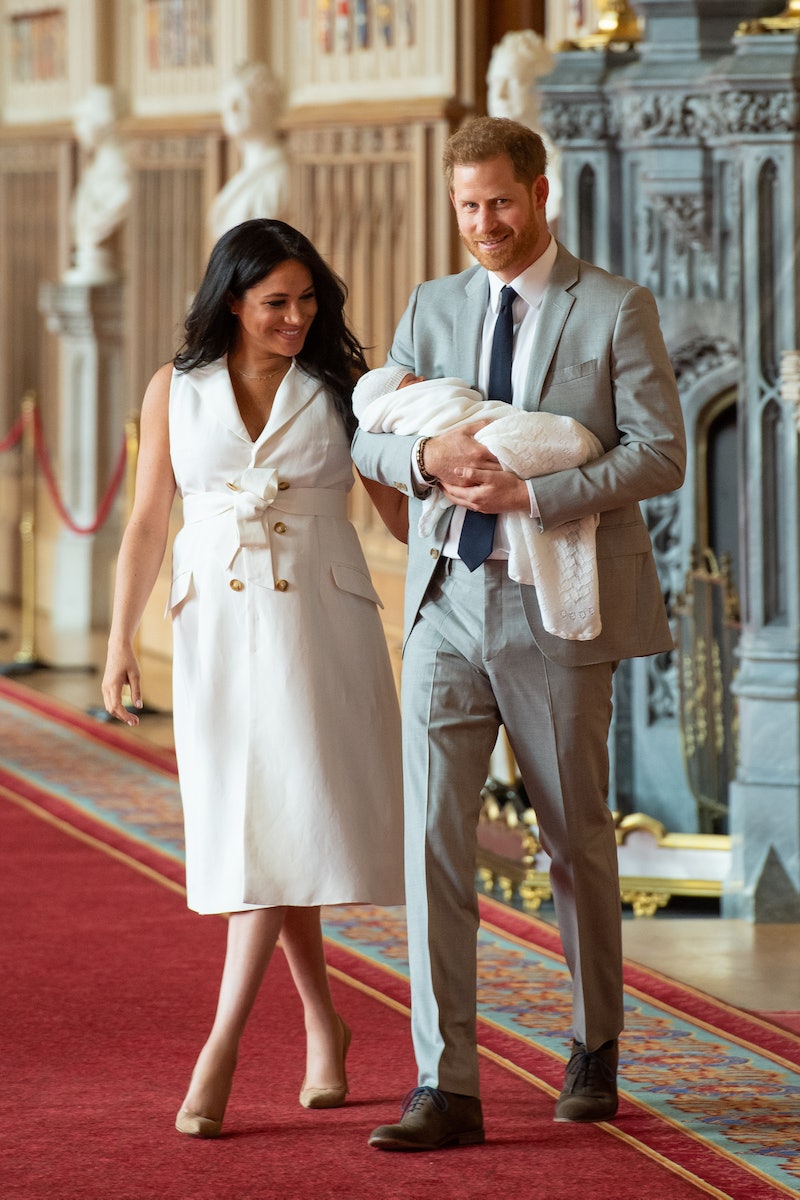 Royal baby Archie is only one month old, but there are already rumors about his travel plans. Will he be visiting New York City? Heading to Los Angeles? No one knows for sure yet, but when baby Archie does travel to the U.S., there is protocol he'll have to follow.

And this is not like those royal "rules" that Archie's mom, Meghan Markle, likes to "break." Instead, this is about the things royals have to do when they travel either because it keeps them safe, or so they'll be prepared for anything, or because they're just being royals. You know, like being photographed looking impeccable in outfits themed to the country they're visiting as they get off a plane.

One major rumor about Archie's travels involves him visiting his grandma, Doria Ragland, in Los Angeles. In May, a source told Us Weekly, "For Meghan, it’s just as important for Archie to learn about her family history as it is for him to learn about his royal ancestors, so she plans to go on a trip to L.A. with him once she’s comfortable taking him on a plane."

As for when that will be... who knows! It can't ever be that comfortable to take a baby on a plane no matter if you're traveling on a private plane or in coach. But when it does happen, there will be certain things Archie has to do — or certain things that will have to be done for him, rather — especially during official tours.

This one won't come into effect if Archie just goes to visit his grandmother, but when Harry and Markle do have their North American tour, Archie will have to get his photo taken. Often, the royals are snapped getting on and off of planes and at cultural events.

When royals travel on official business, they're given a bunch of gifts from fans and the people who they are visiting — and this includes royal babies. Town & Country notes that Princess Charlotte was given presents during her family's royal tour of Canada when she was only 16 months old. And who could forget Prince George receiving and promptly tossing a stuffed animal he was given in Australia.

This isn't royal protocol — it's just general person traveling protocol —but it is relevant here because a certain member of Archie's family does not need a passport. Queen Elizabeth can travel without a passport because British passports are issued in her name. "As a British passport is issued in the name of Her Majesty, it is unnecessary for The Queen to possess one," reads the official royal family website.

Travel With A Nanny

When the Duke and Duchess of Cambridge travel with their kids, a nanny goes with them to help out, as reported by Town & Country. It makes sense, because during these tours the adult royals have to attend events all day long, and the children only go to a few of them. So, if Markle and Harry do have a royal tour in the U.S., they'll probably bring a nanny. If Markle is just traveling to see her mom, then she wouldn't necessarily need one.

Pack A Set Of Mourning Clothes

Royals are required to take a black mourning outfit with them when they travel incase a family member passes away while they are gone, according to the Independent. This way, when they return to England, they will be dressed appropriately when they arrive. When Archie is a tiny infant, this probably won't matter. But as he gets a little older and starts wearing real clothes it will.

Unsurprisingly, members of the royal family use bodyguards, something that is particularly important when they're meeting large crowds while traveling.

Going on an official our means meeting important people from the countries the royals are visiting, and the kids get involved, too. (And, for Archie, traveling while not on an official tour means getting to see Doria Ragland, which is even cooler.)

Not Use Too Much Plastic

OK, so this one is more of a rule from Archie's dad. Apparently, Prince Harry likes to make his hotel stays more eco-friendly by asking that things not be wrapped in extra plastic, according to an interview his friend, polo player Nacho Figueras did with CBS News (via Travel & Leisure). Maybe this will translate to other changes for his kid, too. "I said put that single-use plastic down, Archie!" Harry will yell across the room.

Royal tours can take a year to plan, according to Town & Country, and Markle visiting L.A. with Archie would probably take quite a bit of planning, too. So, whenever Archie does travel, he'll be prepared for all of the situations above and more.