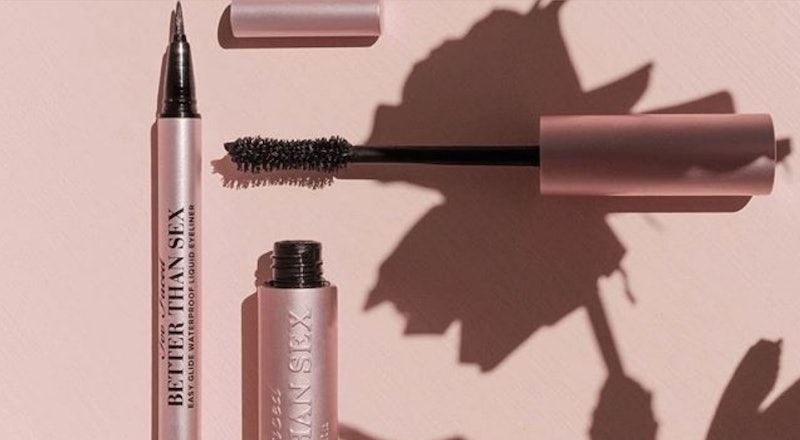 Every now and then, makeup wearers love a product that offers a dolled-up look. Beauty babes who agree mascara is that product will be glad to know Too Faced is launching a new mascara that is about to make fans say “Damn, girl.” No, really.

Too Faced has been known to name their products using sexual innuendos or play into today's millennial vernacular. But the beauty brand’s latest product will be making lashes long again with its new Damn Girl mascara that’s set to launch June 6 at Sephora.

Co-Founder and Chief Creative Officer of Too Faced Cosmetics Jerrod Blandino spilled the beans on the mascara May 9 in an Instagram video.

“DAMN GIRL! My new mascara for shamelessly thick & curled lashes that last for 24 hours was leaked online today,” Blandino wrote in the caption. “It launches June 6 exclusively first at @sephora. Check me out on Sephora’s & Too Faced’s Instagrams on May 23 for all the details!”

Trendmood1, a beauty news Instagram page, revealed photos of the Damn Girl mascara packaging and it's stunning. According to the band, the mascara offers 24-hour wear that has 97% volume, 100% black lash intensity, 99% long-wearing, and 95% of a long-lasting curl. If there were ever a time to bat one’s eyes like an old Hollywood animated character, it’s while wearing this mascara.

Blandino refers to the Damn Girl mascara as "possibly the biggest launch of my career in the history of Too Faced." For the brand, this is its second mascara to come to Sephora shelves after the brand's famous Better Than Sex Mascara that launched six years ago in 2013.

The Better Than Sex Mascara superseded all expectations for a lash-lengthening mascara. According to InStyle, the beauty brand's first mascara has become so popular over the years that there's a new tube being sold every 7.4 seconds.

The actual applicator on the Better Than Sex Mascara is designed with an hourglass shape and helps to separate and curl lashes for drastic volume. It comes in the regular pink tube, but if fans are feeling froggy, they can jump on the limited edition version from Too Faced's Pretty Rich collection

In March, Too Faced continued the Better Than Sex line with a felt tip eyeliner that doesn't smudge and lasts for up to 24 hours. Clearly a long wear time is a key factor in eye makeup from this brand.

This $21 eyeliner is the fine liquid liner to create a killer cat eye with ease. The ink is also vegan, so wearers aren't in harms way if application of the eyeliner goes south.

Too Faced has already launched a stellar eyeliner and a mascara that's still going strong and flying off shelves in various versions in mini travel sizes, a diamond edition, and even in a water-proof formula. If there's a lash product that could dethrone the iconic Better Than Sex Mascara, it would be one to make you say "Damn Girl" in the mirror seven days a week.