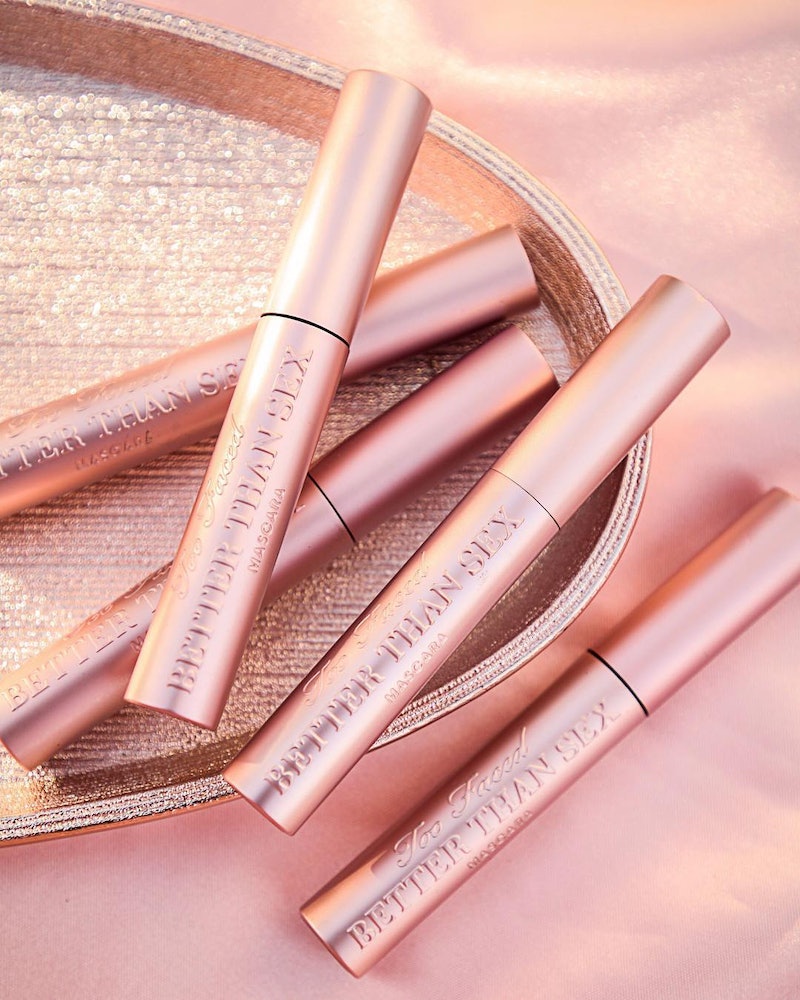 On March 3, Too Faced Co-Founder and Chief Creative Officer Jerrod Blandino took to his Instagram to give fans of the brand a sneak peek of what's coming next. Surprise! The sneak peek was of the Better Than Sex Liquid Eyeliner. According to Blandino's post, the expansion product for the Better Than Sex line has been in the works for quite some time, and now, it's coming to fans soon.

According to the brand, the new liner features a smudge-proof formula that can last up to 24 hours. Plus, the new product has one swipe payoff meaning you won't need to continue relining your eye to get the deepest black possible. The tip is a dual fiber brush that the brand states helps to create the product's smooth application. As for the color, the new liner is only set to come in black, but when it comes to eyeliner, especially liquid, black is standard.

If this sounds like your dream product, get ready, because according to Blandino, Better Than Sex Eyeliner launches March 17.

For those curious about the price tag, the cost shouldn't come as much of a shock. The Better Than Sex Liquid Eyeliner is set to retail for $21. While the brand doesn't currently have a comparable liquid liner, its pencil liners retail for $20 making the product on par with the brand's current offerings. Plus, it's actually slightly less expensive than the OG Better Than Sex Mascara which retails for $24.

With such an iconic product on its hands, why not expand the line into something new, it's not like the brand hasn't done so before. Take its Born This Way line. It isn't just a foundation. Born This Way includes two different types of concealer and setting powders. Now, like Born This Way, Better Than Sex is getting its own expansion.

If you love Too Faced's Better Than Sex Mascara or are just looking for a new liquid eyeliner to try, the new Better Than Sex Eyeliner may just make it to your shopping cart on March 17. With a cult following behind its sister product, its hard to believe that this liner won't live up to the hype.