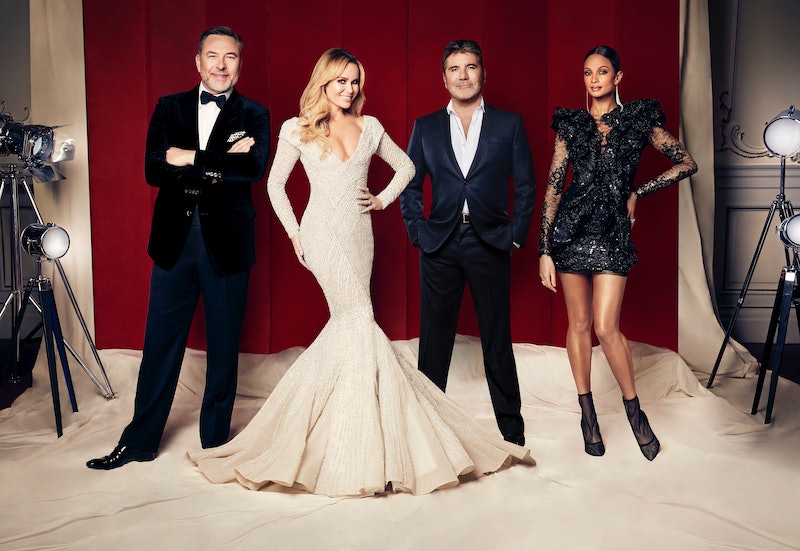 You know that the summer's really about to roll around when Britain's Got Talent starts up again for another year. Celebrating its 13th season, BGT has just arrived back on screens, and the auditions are in full swing. Unlike the final rounds, the audition heats weren't filmed live, so I'm curious to know how far back in time it was that all these people initially performed. So, when was Britain's Got Talent filmed? The contestants have probably been waiting a little while to see themselves on the screen, and I'm so glad they're finally here.

Series 13 of BGT arrived on Saturday, April 6, and it featured everything from the outrageously good to the downright bizarre. But most importantly, for me anyway, it saw the return of Ant McPartlin, after he took a fairly long career hiatus to focus his health. But when exactly did McPartlin return?

As Smooth Radio reported at the beginning of the year, McPartlin returned to the show on Jan. 18, as he hosted the auditions at London Palladium alongside his best pal Declan Donnelly. Folks, the dons, the legends, the icons are back together again, and I'm so glad to see that British TV has been restored back to its natural order.

Ant and Dec posted a snap of them together on their official Instagram account to mark the occasion on Jan. 18, captioning their cheesy grins with: "#BGT 2019.Audition day 1. The boys are back in town!" As a source told the Mail Online following McPartlin's return to the stage, the experience "was really emotional for Ant. He’s delighted to be back with Dec and excited for the BGT series ahead." Donnelly reportedly welcomed the auditionees alone during the first day, before announcing: "The judges are back, the buzzers are back... and someone else is back. My co-host for this series, would you please welcome — Mr Ant McPartlin!"

According to Telly Mix, the BGT auditions took place at the London Palladium for six days, before moving onto The Lowry in Manchester from Feb. 6 for another four days of auditions. That means there was only a two or three month gap between the auditions and what you're seeing on your TV today.

According to Digital Spy, the Golden Buzzer was reportedly pressed by both Amanda Holden and Simon Cowell only two days into auditions, so you just know that you're going to be in for a treat of a season. The official BGT Instagram revealed the golden news with a post captioned: "Day 2 of Auditions and it’s another Golden Buzzer!"

While the live shows haven't officially been announced as of yet, the Radio Times calculated that they were likely to take place on May 20, since they usually take place during the show's eighth or ninth week, as per previous years. There's still a while and a whole lot of auditions to see before that though, so bring it on. I'm fully ready for another long summer of BGT magic.