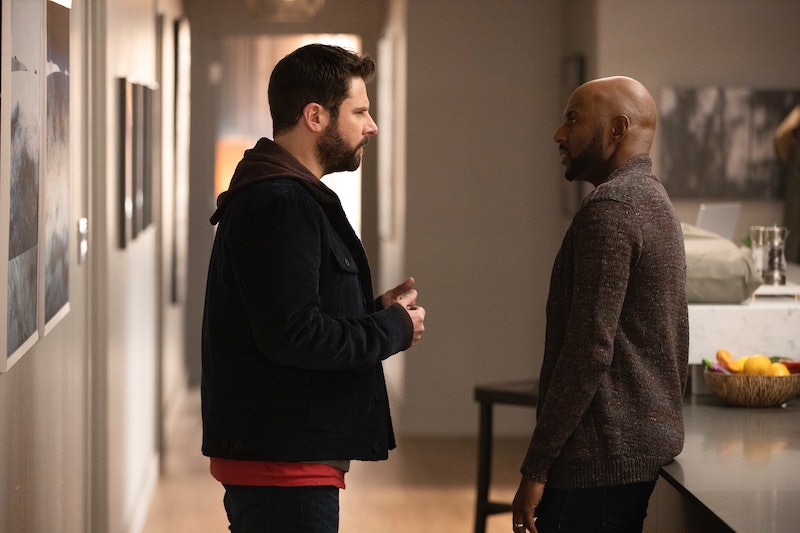 A Million Little Things Season 1 is coming to an end this week and no one knows if any of the big questions about Barbara Morgan, Jon's apartment, or the mysterious Nelson family will be completely addressed in the finale. It’s not likely considering the show was recently renewed for another season, so be prepared for some massive cliffhanger to drive you crazy until this dysfunctional group returns later this year. So, when will Season 2 of A Million Little Things premiere? There’s no official date by ABC yet, but a few educated guesses can be made based on the show’s current lineup status.

A Million Little Things nabbed a coveted TGIT spot (which was previously occupied by Scandal) alongside long-running programs like Grey’s Anatomy and How to Get Away with Murder when it returned for the midseason premiere. The TGIT block has followed a format for the past several years of starting a new season in late September, running episodes up until a winter holiday break, and then returning to finish the season in winter/spring of the following year.

HTGAWM and Grey’s Anatomy will likely be renewed, so fans can expect the entire trio to return around September 26th for more action. This date would be interesting because it is the one-year anniversary of A Million Little Things' triumphant debut, so fans would have double the reason to celebrate its return. Yes, it’s a long time to wait for answers but anything is better than a sudden cancellation with no resolution at all.

The Season 2 premiere date may not be certain, but fans do know that some drama is going down in the season finale. Mrs. Nelson a.k.a. Possible Barbara Morgan’s cover is partially blown after Sophie discovered that she’s in an old photo with Jon. Sophie hasn't contributed much to the overall story this season, but this is a major reveal.

A sneak peek of the finale revealed that Delilah and Gary are pretty sure that Mrs. Nelson has to be Barbara Morgan. At the of the clip, Delilah and Possible Barbara Morgan came face to face so there will be a conversation surrounding the mysterious photo, secret apartment, and why Mrs. Nelson was creeping around in her house.

Of course, this interaction could be the cliffhanger where we have to wait and see what happens next, but hopefully the show’s creatives won’t be that cruel to fans. After all, they did promise that all the questions would be answered but there will always be new questions and ongoing issues to ponder. Delilah and Eddie’s not-so-little secret about the baby, Maggie’s road to recovery, Rome’s new gig with the suicide hotline, and Eddie/Katherine’s divorce are more than enough to keep the party going for yet another season of tears, laughter, and heartbreaking twists.

Hang in there Millionaires — your favorite feels show will be back before you know it. Until then, check out the finale and bask in the blinding glow of fan theories all summer 2019.