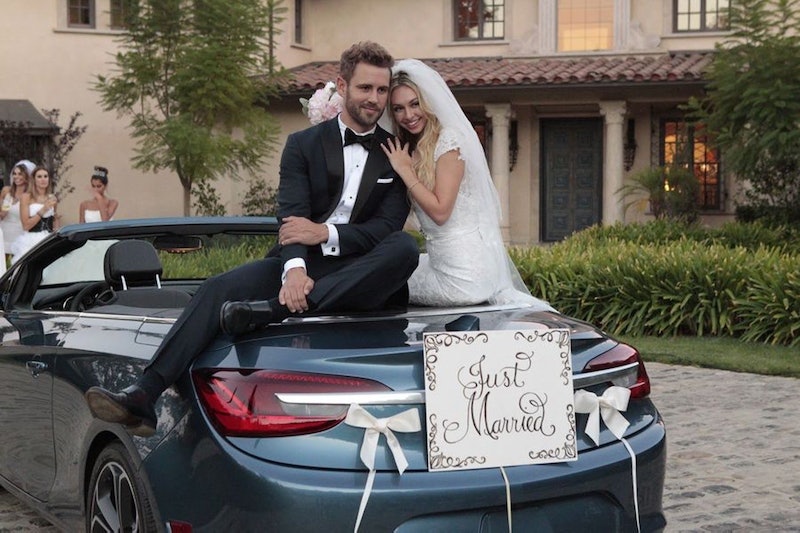 Every season of every reality show has to have a villain. Whether they're cast as such because of convenient editing or they bring the label upon themselves, The Bachelor franchise is especially known for its legendary villains. On Nick's season, Corinne has made herself out to be the indisputable villain for sure. Unfortunately for her, these types of contestants tend to get eliminated before the finale. So, will Corinne go home on The Bachelor soon?

Of course, I can't say for sure if and when she will get kicked off, and I can't even say with 100 percent confidence that she won't win the whole thing in the end. It has been done by villains in the past. That being said, if I had to place a bet, I would say that she will not be Nick's final choice. Nick may have had his own time in the "villain" spot and he makes unconventional choices, but I think Corinne will prove too much even for him. After all, Nick seems like he is really trying to find lasting love, and Corinne seems to be looking for lust over love. Maybe that will change down the line, but right now her villain days look numbered — especially now that other women are complaining to Nick about her.

In the beginning, Corinne seemed somewhat endearing because she was just saying what we all are thinking while watching the show. She went on a big rambling, drunken speech about everyone chilling out and realizing that they are all there for Nick and not for each other. Sure, the way she delivered the information and the tone of the speech could have used some tweaking but the message itself was a good one. After all, it's refreshing to see someone being upfront and honest instead of just talking behind everyone's back.

If that was all that Corinne did, I would say that I could give her a pass and she might have a shot at winning. Unfortunately, she has really upped the ante since then. All of the jealousy that she harbors whenever Nick even talks to another woman in the house is just getting old. She keeps talking about how confident she is, but to me she seems extremely insecure and in need of a lot of outside validation.

Take, for example, her whipped cream escapade. Afterwards, Nick said that Corinne had a way of creating chemistry between them, but he didn't say that they actually just had it naturally. It seems like she has to force these situations. Then, there's the fact that Vanessa questioned Nick's intentions by keeping Corinne in the house. He and Vanessa really bonded during their one-on-one, so I think if it came down to Corinne vs. Vanessa — he would pick Vanessa and send Corinne home.

Honestly, I give Corinne another week tops before the drama blows up in her face and sends her home. But, that probably means it's going to get a lot worse before it gets better — especially if more women take Vanessa's lead and confront Nick about their hot and heavy relationship.