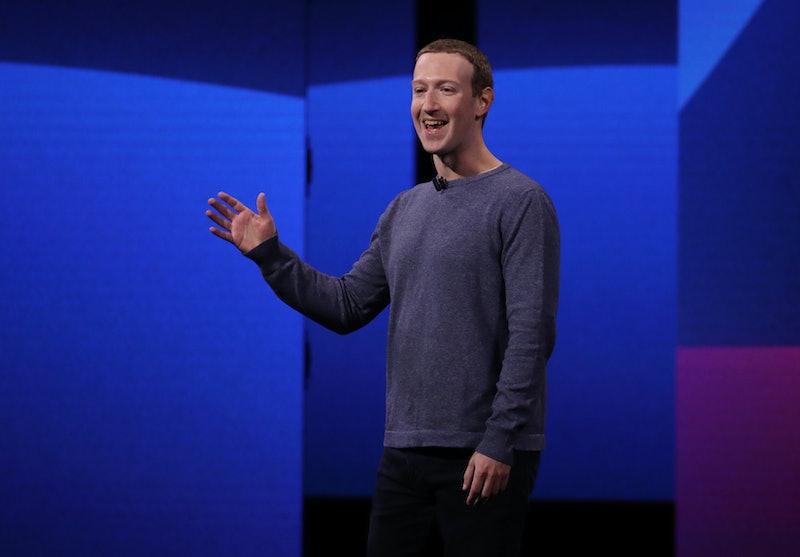 With innumerable dating apps for every interest, niche, and desire it can feel like a full time job keeping track of your matches. Sometimes it feels like it could be a little easier if you could compile them all in one place. While the dating app market already seems a little busy one super recognisable social media site has announced it is going to make its first foray into helping its users find the one and to be honest, it makes quite a lot of sense. So when will Facebook dating be available in the UK? The incredibly popular social network site announced it would be expanding into the dating app market in May 2018. UK users can’t use the feature yet.

Preivously: Mark Zuckerberg first announced that Facebook would be developing a new dating hub at his F8 Developers Conference in May 2018. In his speech the Financial Times reported that Zuckerberg stated, “there are two hundred million people on Facebook who list themselves as single. So today we are announcing a new set of features coming soon around dating.” Now, if you are one of those two hundred million single Facebook users but haven’t been able to take your dating app expertise to Facebook yet fear not. The feature has not been launched in the UK yet. While it is available in some countries there is no news as to when you will be able to use it in the UK.

However, The Sun reported that at the F8 Developer Conference in May 2019 Zuckerberg announced that Facebook’s new Secret Crush feature will be rolled out with a whole redesign of how your Facebook page looks. Say goodbye to the blue top bar.

While the thought of taking your efforts to find your soulmate to Facebook might sound a little scary Zuckerberg reassured the crowd that your friends won’t be able to see your grafting. In his speech at the F8 Development Conference in May 2019 he said, “we believe that there is a community for everyone. So we've been working on a major evolution to make communities as central as friends.”

So, what should you expect from Facebook’s Secret Crush feature? Wired reports that Facebook singles will be able to select nine friends from their friends list and add them on the Secret Crush feature. That friend will then get a notification to say “a friend added you as a secret crush.” If they select you too, the flirting can commence. Pretty bold moves from Facebook if you ask me.

Wired reported that as of May 2019 Secret Crush was available in Canada, Thailand, Colombia, Mexico, and Argentina. It was then being rolled out to Vietnam, Malaysia, Guyana, Laos, Peru, Philippines, Suriname, Ecuador, Chile, Uruguay, Singapore, Bolivia, Brazil, and Paraguay. There were no reports of it coming to the UK. Although with any luck, it will only be a matter of time.

The new dating feature will be brought in as one of many changes to Facebook as we know it. Zuckerberg announced that there will be changes to the way your Facebook looks, opting for a sleek white background rather than the blue that we are so familiar with. There will also be changes to messenger as Facebook introduces a “watch together” feature so two people can watch a video together simultaneously.

Whether you're an avid online dater or a complete newbie to the whole thing, Facebook’s Secret Crush feature sounds exciting. There is nothing like the buzz you get when you find out the person you have a crush on fancies you back. The feature will bring a whole new level to the social media site.