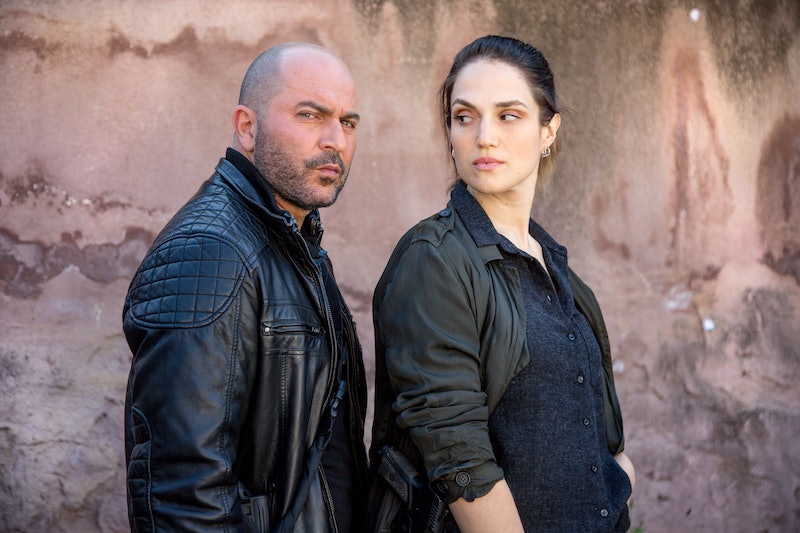 American Netflix subscribers are quite familiar with the term "Netflix original." The moniker denotes a film or series that was produced by, and made exclusively for, the streaming service. But sometimes, the title can be a little misleading. A number of international series are dubbed Netflix originals once Netflix gains the U.S. rights to them, even if they aired elsewhere first. One of the more popular of these foreign "Netflix originals" is the Israeli action-drama series Fauda. The series debuts its third season on the streamer this month, but when will Fauda season 4 be on Netflix, too?

Before it airs on Netflix, Fauda first airs on the YES satellite network in its home country of Israel. The most recent season, season 3, premiered on YES in Dec. 26, 2019, but didn't make its Netflix debut until four months later on Apr. 16, 2020. And in all likelihood, season 4 will probably follow the same course. A fourth season of Fauda has not technically been greenlit, but series co-creator Avi Issacharoff has announced that it is currently in the works. "We are working right now on developing the fourth season of Fauda," Issacharoff said at the English language premiere of season 3 in February, according to i24News. And since the show is a hit on Netflix, you can bet that season 4 will eventually make its way to the streaming network after it debuts on YES.

Fauda — which is Arabic for "chaos" — follows an elite branch of the Israeli Defense Forces (IDF) that operates undercover in Palestinian territory. The series' protagonist is IDF agent Doron Kavillio (series co-creator Lior Raz), who poses as an Arab-Israeli boxing instructor in the West Bank while pursuing Palestinian terrorists. The third season of the series turns up the heat even further by switching the action to the Gaza Strip, the most hotly-contested and controversial area in the region.

Though the show has faced backlash and controversy, Fauda has also been praised for representing Palestinians better than arguably any other Israeli TV series; even if the show doesn't go far enough. "It’s the first TV series that showed the Palestinian narrative in a way that you can actually feel something for someone who acts like a terrorist," Israeli journalist Itay Stern said, according to The Guardian. "You can understand the motives and the emotion and that’s unique, because until that point you couldn’t really see it on TV."

Whether you're a fan of Fauda or not, the series is undeniably a hit. And for that reason, you should fully expect season 4 of Fauda to eventually arrive on Netflix.