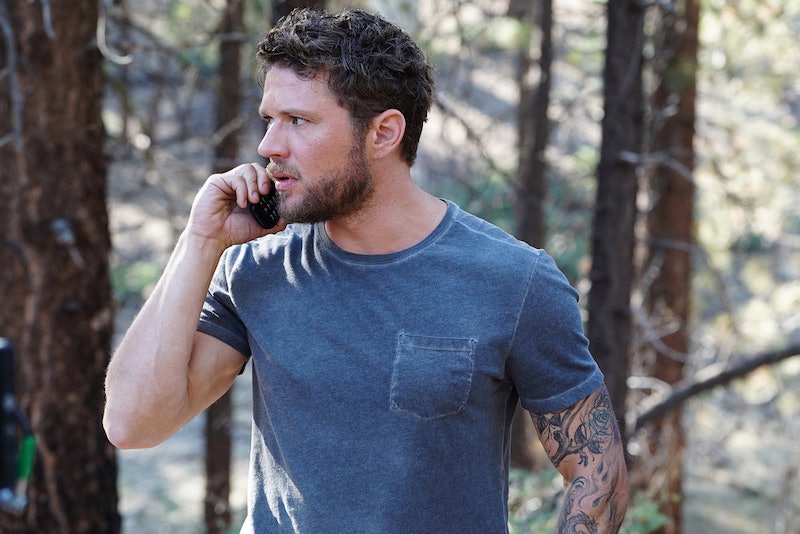 Given how long it took to make it to the air in the first place, fans of USA Network's new drama Shooter may understandably be worried about the show's future as it heads into its Season 1 finale this Tuesday. Will Shooter return for Season 2? And if so, when? Fortunately, the answer to those questions spell good news for fans of star Ryan Phillippe.

If you came of age in the final years of the 20th century, chances are good that you fell madly in love at some point with Phillippe, thanks to his roles in late-'90s teen movies like I Know What You Did Last Summer and Cruel Intentions, as well as his spate of respectable Oscar fare in early-'00s movies like Gosford Park, Crash, and Flags Of Our Fathers. And if you are one of those people, then you might have been one of the viewers eagerly anticipating his starring role on Shooter, USA's adaptation of the 2007 Mark Wahlberg action movie of the same name.

So when the Season 1 premiere was delayed not once but twice, Phillippe fans might have despaired, wondering if the show would ever see the light of day. When Shooter finally premiered in mid-November, it was a full four months after its originally intended July debut. But USA made up for that prolonged delay by swiftly picking up the show for more episodes: after only five of Season 1's 10 episodes had aired, the network officially renewed Shooter for Season 2, as reported by Deadline last month.

Indeed, despite the fraught beginnings of the series, its renewal ultimately came as little surprise: once it finally made it to the air, Shooter attracted the third-highest audience on the entire network, behind only Suits and Colony, according to Deadline. In fact, the 1.4 million people who tuned into Season 1's penultimate episode last week far surpassed the 0.85 million viewers who tuned into the Season 2 finale of USA Network's most highly acclaimed drama, the award-winning Mr. Robot.

As for the question of when we'll be seeing more of Phillippe's sniper with the awesome name of Bob Lee Swagger, that part remains very much up in the air. Given how long it took the network to decide when to air Season 1, it's almost impossible to predict when they'll decide to premiere Season 2. Will they keep things consistent and schedule the sophomore season for a November debut, when audiences are already used to tuning in to the show? Or will they revert back to their original plan to have Shooter as a summer series, and premiere Season 2 in July?

Sadly, we'll just have to wait and see. But even if the Season 1 finale ends in a massive cliffhanger that leaves fans waiting in agony, at least they'll be able to take comfort in knowing that the show will return… even if they don't know when.