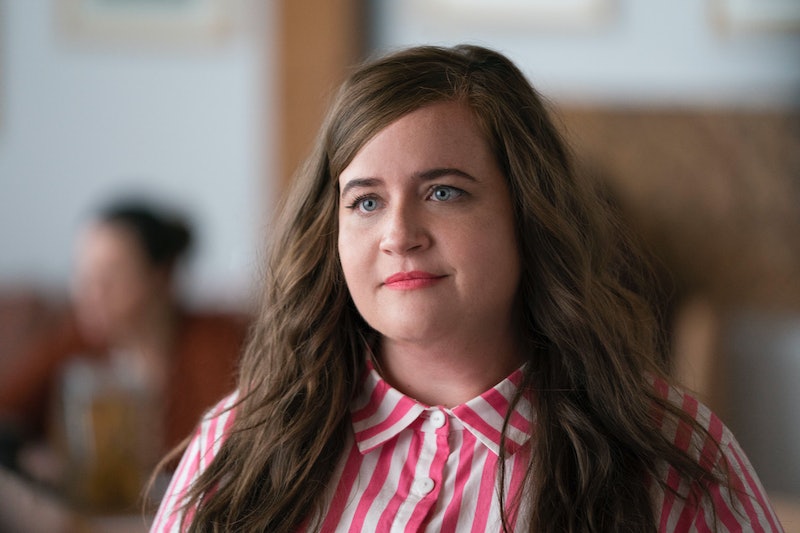 With Saturday Night Live's Aidy Bryant at the helm, U.S. comedy Shrill follows the story of a young woman who hopes to change her life, but not her body, despite the societal pressures which tell her otherwise. The first series recently made its UK debut, and was made available in its entirety on BBC Three late last year. But when will Shrill season 2 be on BBC Three?

Well, fans of the comedy will be thrilled to learn that Shrill is indeed returning for another run of episodes, and thankfully, there isn't long left to wait, because Shrill season 2 will be available to watch on BBC Three as of Saturday, January 25. That's just one day after it airs on Hulu over in the states.

The second series will again centre around the character of Annie (Aidy Bryant), who with her best pal and boyfriend in tow, appears ready to take on just about anything. However, some hasty life decisions, such as leaving her job and embarking on a new relationship, might not have been the greatest of ideas, and Annie's hilarious journey into self-discovery just got a whole lot more complicated.

As Variety reports, the series is based on writer Lindy West's memoir, Shrill: Notes From a Loud Woman, and airs on Hulu over in the States. In addition to Bryant, the Lorne Michaels and Elizabeth Banks produced comedy also stars Lolly Adefope, Luka Jones, Ian Owens, and John Cameron Mitchell — and has been warmly received by critics since arriving on the platform in March last year.

Speaking of the second season's UK debut, the Head of BBC Programme Acquisition, Sue Deeks, revealed that she is "delighted" to welcome Shrill back to the BBC, and explained how the comedy's mixture of "sharp social commentary, engaging characters and relatable situations" have proven to be a significant hit with BBC audiences. Deeks also previously described the character of Annie as "relatable and engaging," and concluded that she believes viewers have enjoyed witnessing Annie's "warmth, humour and increasing confidence."

So, with the second series right around the corner, fans of the hit U.S. comedy have a lot to look forward to, and you can catch Shrill season 2 on Saturday, January 25 on BBC Three.

More like this
Alan Carr's 'Changing Ends' Is A Witty Sitcom Based On His Own Life
By Darshita Goyal
Wait, Is 'Happy Valley' Not Actually Over?
By Darshita Goyal
'Heartstopper' S2 Will Discuss Asexuality “In A Big Way,” Says Oseman
By Nola Ojomu, Sam Ramsden and El Hunt
'Bridgerton' S3 Will Show A *Very* Different Side To Kanthony
By Sam Ramsden
Get The Very Best Of Bustle/UK
Sign up for Bustle UK's twice-weekly newsletter, featuring the latest must-watch TV, moving personal stories, and expert advice on the hottest viral buys.