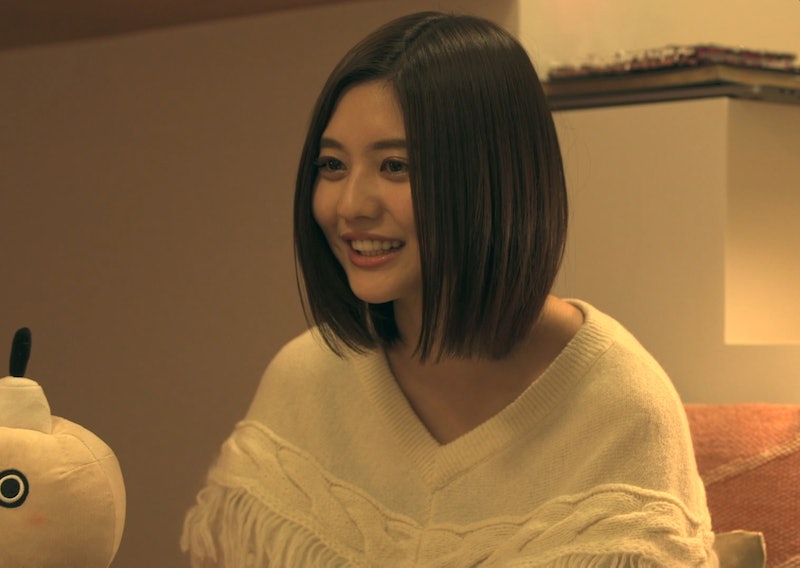 With most of us staying indoors due to the ongoing pandemic, there's really no better time to check out Terrace House: Tokyo, a spin-off of the popular Japanese reality show that features a bunch of young singles living together, interacting, and maybe falling in love. Though Part 3 of the show just dropped on Netflix in the U.S., Part 4 just premiered on Netflix Japan two weeks ago. So it's natural to wonder when to expect Part 4 of Terrace House: Tokyo to be on Netflix in the States.

Thankfully, the answer is relatively simple. If the international debut follows the trend of past seasons, American viewers can expect more episodes in mid-July.

For those unfamiliar with Terrace House, it's a reality TV dating show that largely avoids all of the loud, overblown drama of American reality shows. As The New York Times puts it, Terrace House is refreshing because it "moves at a leisurely pace, asks little of its participants," and "soothes rather than rankles." You'd think that its unobtrusive camera work and quieter nature would make the show pretty niche, but it's won over fans across the globe. It ended up spinning off into three popular new series, with the latest being Terrace House: Tokyo.

For those who are fans of Terrace House, Part 4 promises to be a continuation of the romances that heat up in Part 3. Last time we saw the cast members, Toshiyuki Niino was making some really creepy moves with lip gloss (Reddit agrees Toshiyuki belongs in reality TV jail for this); Hana helped Kai shave his head; and as befitting a reality TV show, Vivi, Shion, and Yume got caught in a love triangle.

Per Japan Times, Terrace House: Tokyo Part 4 kicks off with a Kyoto trip, some aquarium dates, and a dramatic Airbnb stay. The panel also opens Part 4 by discussing Toshiyuki's predatory nature, and for those looking to be spoiled ahead of the Netflix international premiere, you can check out Japan Times' commentary about Toshiyuki and the rest in the weekly recaps.

For everyone else, there's plenty of time to get acquainted with the ever-changing cast of Terrace House: Tokyo ahead of the Part 4 premiere. If things stay on track, Part 4 will make for a perfectly relaxing summer marathon.

More like this
What’s New On Netflix: The Return Of 'The Umbrella Academy'
By Arya Roshanian
Here’s Everything Coming To & Leaving Netflix In July
By Grace Wehniainen
Move Over, 'Sunset'! The Drama-Filled Trailer For 'Selling The OC' Is Here
By Nola Ojomu
Bachelor Nation's Blake Horstmann Is Dating 'Love Is Blind' Star Giannina Gibelli
By Jake Viswanath and Radhika Menon
Get Even More From Bustle — Sign Up For The Newsletter