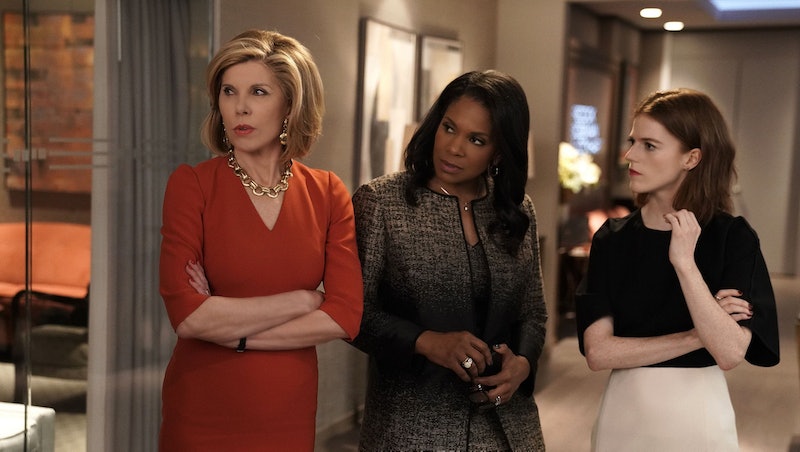 The Good Wife spinoff The Good Fight grew into its own as it followed lawyers Diane Lockhart (Christine Baranski) and Lucca Quinn (Cush Jumbo) to a new Chicago law firm, adding Lockhart's goddaughter Maia (Rose Leslie) to the mix. But due to the novel coroanvirus, Season 4 was forced to halt production and cut its season short by several episodes. Which led fans to wonder, when will The Good Fight returns for Season 5? And will it pick up where Season 4 left off?

The Good Fight Season 4 stops short at episode seven, with the seventh and final episode airing these evening. On May 14, CBS announced they were renewing the show for a fifth season. “It’s been weird to not be able to finish the fourth season,” The Good Fight writers Robert and Michelle King said in a statement. “We’re thrilled that CBS All Access wants to bring The Good Fight back for an additional season, and we know what story we’re planning to tell. It’s like getting the answers to the SAT ahead of time.”

Actress Christine Baranski still feels the season is an important one — despite it being shortened. This season begins with Diane dreaming she's in a universe where Hillary Clinton won the presidency... but the #MeToo movement never happened. “The reason it’s such a brilliant season, albeit a shortened one, is it goes after what’s really going on in the country that is truly insidious, which is the corruption of the judicial system itself," Baranski told Inquirer. "It’s uncanny that we finished this season because we shot seven episodes instead of 10. And that was before the Michael Flynn case being dropped."

Throughout Season 4, Diane is able to refocus her rage towards exposing corruption, leading to the hunt for the show's mysterious "Memo 618." And with those three episodes now being factored into Season 4, it's likely the unraveling of the memo's meaning and cover-up will bleed into the next season. But how it will all unravel still remains to be seen.